HSN’s overcrowding situation has gone from bad to worse

With 98 people in hospital waiting to transfer to long-term care facilities, at least 20% of HSN beds are occupied by people who shouldn’t be there but have nowhere else to go
0
May 14, 2019 5:00 PM By: Carol Mulligan, for Sudbury.com 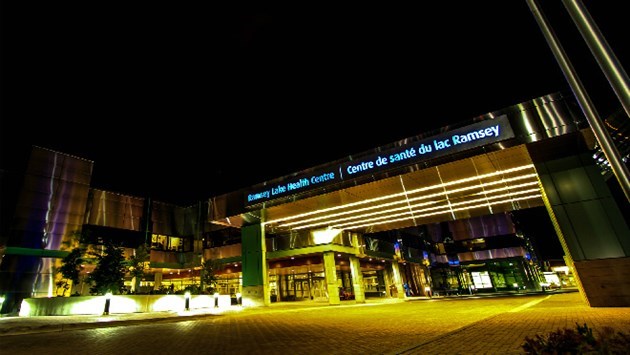 Health Sciences North is implementing extraordinary measures to deal with overcrowding and avert having to issue a Code Orange, a code that generally triggers a response to an external disaster that taxes a hospital’s bed capacity and resources.

A Code Orange is usually called to deal with community disasters such as accidents with mass casualties, chemical or oil spills or other incidents that could cause an influx of patients.

In what he called a pre-Code Orange memo, HSN chief of staff Dr. John Fenton advised the hospital’s professional staff that HSN has received permission to divert patients from other communities who are “non-life and limb threatening cases”  to hospitals closer to them. In some cases, patients with life or limb injuries will be sent to hospitals in North Bay, Timmins and Sault Ste. Marie if they can provide appropriate care for them.

The hospital has also been granted what is called Category 1A-Crisis Status by the Ministry of Health and Long-Term Care. It’s a designation that moves people in hospital awaiting a long-term care bed up the list of applicants so they are placed in nursing homes ahead of people in the community.

Close to 100 alternate level of care patients are being accommodated in acute care beds at HSN, occupying 20 per cent or more of the hospital’s beds.

Fenton made staff aware of the impact the bed shortage is having on care. Last week, at least half a dozen scheduled surgeries had to be cancelled because there were no beds for patients to recover in after their operations. Administrators feared more surgeries would have to be cancelled this week.

ALC patients are generally frail, elderly people who are admitted or remain in acute hospital beds as they await placement in a long-term care home or community services to return home to live. Two weeks ago, there were 77 of them at HSN’s Ramsey Lake Health Centre site.

The number spiked in recent weeks to 98 and administrators aren’t sure why. ALC numbers often rise during flu season and fall again with the arrival of spring.

Dr. Killian de Blacam is president of the medical staff at HSN, and speaks for doctors with hospital privileges.

The backup of patients is particularly heavy on medical floors, said de Blacam. To ease that pressure, the hospital is focusing on the length of time patients remain in hospital and discharging them as soon as appropriate.

“That’s the big push at the moment. We’re doing that as much as we can and that’s where we really need to apply our pressure.”

Cancelling surgeries because of a shortage of beds should be the last measure a hospital takes to deal with overcrowding, he said.

De Blacam and the doctors he represents have been advocating for a physician to be appointed a medical director of utilization. That doctor would act as a flow co-ordinator, “putting the heat on the individual doctors who are responsible for the patients,” discharging them in a timely fashion so surgeries don’t have to be cancelled.

He agrees with plans by the Progressive Conservative government of Premier Doug Ford to build 15,000 new long-term care beds within five years, 30,000 within the next decade. De Blacam points out the cost to accommodate a patient in the hospital is roughly $1,500 a day as opposed to about $200 in long-term care.

Fenton said HSN is working with the North East Local Health Integration Network, emergency medical services personnel and other partners to reduce pressures at HSN’s Ramsey Lake Health Centre site. The situation is being reassessed every 24 hours and staff is being informed about updates.

Read more about the overcrowding crisis at HSN later today on Sudbury.com.

Carol Mulligan is an award-winning reporter and one of Greater Sudbury’s most experienced journalists.

Perfect time of year to seed start indoors
Jun 5, 2020 10:36 AM
Comments
We welcome your feedback and encourage you to share your thoughts. We ask that you be respectful of others and their points of view, refrain from personal attacks and stay on topic. To learn about our commenting policies and how we moderate, please read our Community Guidelines.