Neighbour who wishes to remain nameless due to fears that his complaints will lead to repercussions. We will call him Larry.
Sep 29, 2020 2:30 PM By: Chris Dawson 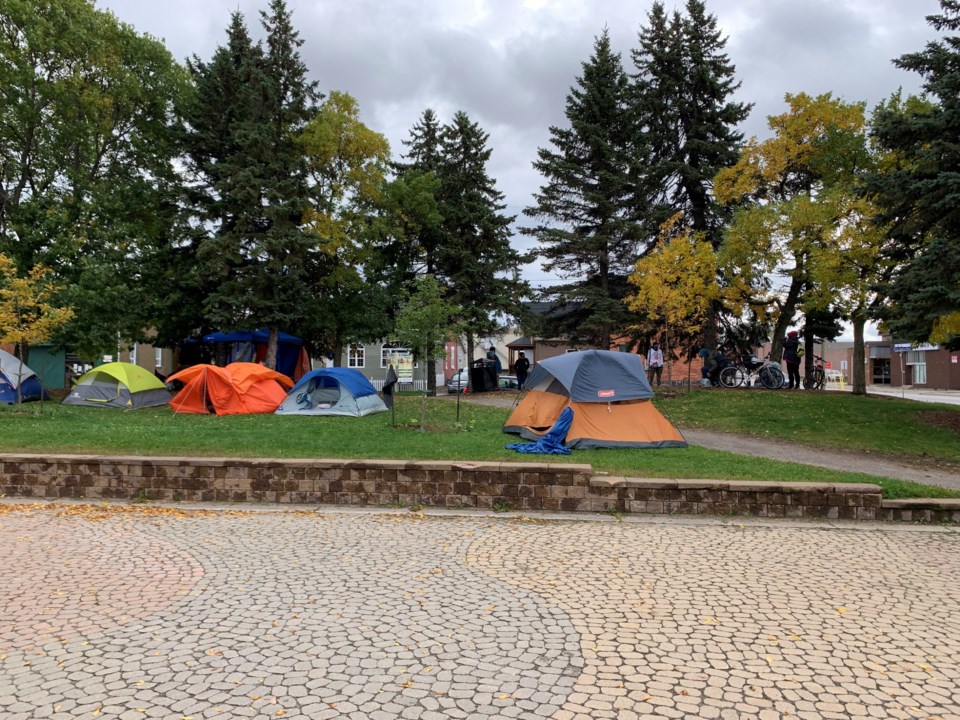 A large amount of tents set up near city hall. Photo by Chris Dawson/BayToday.

Residents of the downtown near city hall are frustrated that nothing has been done about a new homeless tent city that was set up late last week.

Larry, who wishes to remain anonymous with fears that his complaints will lead to repercussions on his property, says people in the neighbourhood are scared and want the homeless people gone.

"It does not seem normal to have people camping out at city hall," Larry told BayToday.

"It is like they are in Algonquin Park in their own campground and they are very loud."

Larry doesn't want to complain to them directly figuring it would result in an altercation.

"I would not trust going up to them by myself," he said.

Larry says his cousin who lives nearby has put his house for sale because of the new tent city and all the drug use in the area.

"I see my neighbours and we see something strange and they laugh and say, 'It is just another day in the hood,' These things are not shocking anymore. It is out of control."

A request for comment from the City of North Bay and Mayor Al McDonald was re-directed to District of Nipissing Social Services Administration Board (DNSSAB) for comment on the status of the situation which, sources say, will be addressed later this afternoon.

Currently, the North Bay Police say it is a bylaw issue until any crime is committed.

"If police are called to assist their function is to maintain the peace while the by-law is dealt with by their enforcement officer," explained special constable John Schultz, community safety coordinator with the North Bay Police Service.

"If someone destroyed his property it is a mischief investigation and he can certainly report that to the police for investigation."