'Some of these people are going to die and it's going to be on Al's hands because this is absolutely ridiculous'
Mar 29, 2020 8:58 PM By: Jeff Turl 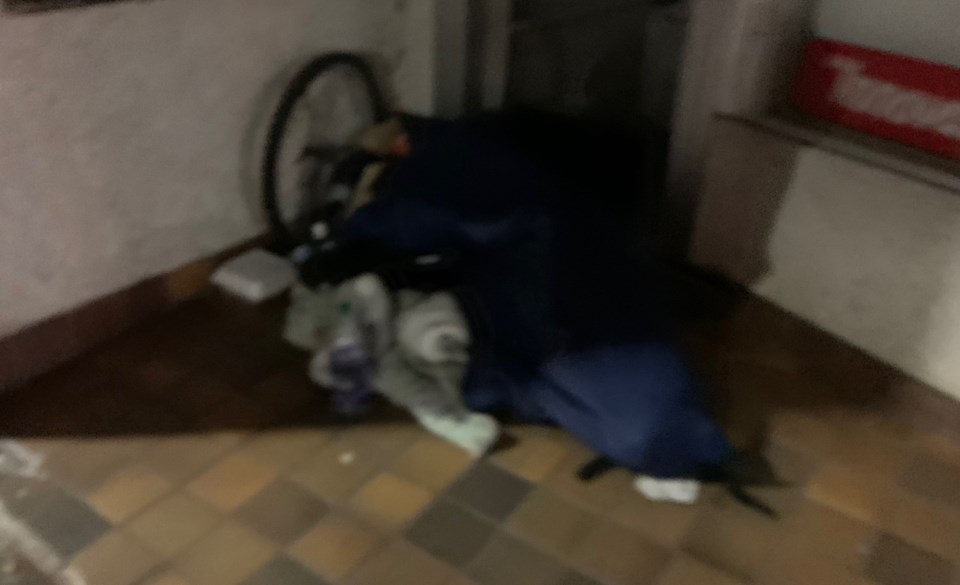 Sunday was a bad day for the homeless in North Bay.File photo.

It was a long, wet and cold day for the city's homeless Sunday as the Main St. shelter closed. Police were on scene and assist the staff in closing the shelter and protecting them as requested. The decision to close was not initiated by the police.

The shelter can only take in eight people, and the overflow had to stand outside in the rain.

"I guess they weren't listening to the volunteers that were saying 'no you can't come in' but they kept going in and there was a concern for the safety of the volunteers," said homeless activist and a team member from Boots On The Ground, Bonnie Zufelt.

"In light of that, the police closed the warming centre down and made them all leave. All of these homeless people were drenched."

The Gathering Place feeds them but where do they go after that?

"Why has our city has not provided something for these people up till now," she asks. "Other cities have."

Zufelt says there's no plan that they (Boots on the Ground) are being told of, and when  Mayor Al McDonald responded it was on Facebook claiming that Mary Davis (Nipissing Mental Health Housing and Support Services Executive director) of the Mayor's Roundtable was the person responsible.

BayToday texted Mayor McDonald to ask what action was being taken by the City but got no response. We also phoned Davis at her workplace but being Sunday, it was closed, however, a message was left. That message was not returned.

"Where's our leadership here," exclaimed Zufelt, frustration clearly evident in her voice. "It's like passing the buck, and if they are working on something, they are darn slow.

"He's the mayor of our city, for God's sake. I don't see mayors from other cities saying I'm leaving it up to Mary Davis because she's in charge of the Round Table. That's not solving the problem. We don't want to hear that, we want to hear results. They've had weeks of knowing this was coming.

"The very top of the food chain for this virus is the homeless because they are not healthy to begin with, they hang out in numbers, there's no good hygiene, they have no place to wash their hands or their clothes and they're just being left out there."

The place the homeless can sleep at overnight is called the Centre of Friends on Main St. but Zufelt is worried that if the new five-person COVID-19 rule puts volunteers at risk it may also have to close.

She says Boots on the Ground set up in the parking lot of Partners Billiards and Bowl this evening and allowed people to come in five at a time. She said police were told in advance and were very understanding.

"We fed almost 30 today and everyone was soaked, frozen and shaking and it's just going to get colder tonight. Where are they going to go? It's a nightmare for them and it shouldn't be happening,"

Zufelt adds that group members had already taken one person to the hospital in the afternoon suffering from hypothermia. That same person was just getting over a case of pneumonia.

"I messaged Al McDonald and Mary Davis this morning and I never heard back from either one of them. There's been no response from them. So people are getting pretty upset.

"Some of these people are going to die and it's going to be on Al's hands because this is absolutely ridiculous."

After our story was published, McDonald published this to Facebook.

"There is concern and rightfully so. We are concerned too. Here is what is in place now. The Centre of Friends is open tonight as it was last night and for the past week. It will continue to remain open. We had 2 warming centers in place this winter. The Centre of Friends will provide overnight cots and shelter for those that need it. If there is any overflow, DNSSAB funds hotel rooms for those that can't get in during to spacing. NO ONE NEEDS TO GO WITHOUT SHELTER. This has been ongoing for months. HAVING SAID THAT, the public needs to know, there are those that choose not to take these options for their own reasons. By law, there is nothing anyone can do, it is their right as it is with all citizens.

The shelter on Main Street had to be closed during the day today because of health/ safety reasons AND security reasons that I can't get into. We will not put staff or clients at risk. This is a major concern however that can't be addressed on social media. We need to keep everyone safe staff and clients.

There will be further steps announced tomorrow over and above what is in place now. We are working with the Province and Federal government.

We do care and this a complex issue. I have spoken with Bonnie about this this evening."

"I spoke at length with Mayor Al a short time ago and it was a productive conversation about the issues at hand. Boots On The Ground understand some of the ongoing problems and the complexity of finding solutions. I believe our chat led to mutually agreeable points. We are prepared to support what was discussed and to give Mayor Al and Dnssab time to complete what is being planned. I believe there is a viable solution that is being announced. We simply ask for truth and meaningful updates that prove things are getting done and quickly. Let’s give Mayor McDonald and Dnssab a chance to show us their solution to this heartbreaking problem
Thank you,
Boots on the Ground