Helping out at new tent city 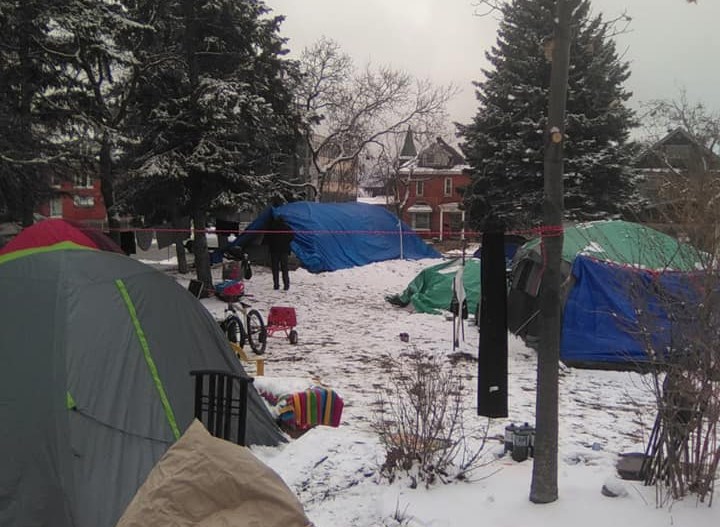 Yvan says he just wants to help out.

The contractor and now full time single, stay-at-home dad of five, recently donated a generator along with two heaters for the homeless group which has set up once again on the grounds near City Hall in downtown North Bay.

Yvan - who did not want his last name used - heard about the situation and after brainstorming with his father on the weekend. So he decided to step up.

"I was looking at the weather forecast that day and I saw it was going to -13 at night and -20 with the wind chill so I thought how are they going to survive in a tent," he said.

"How sad is it to live in an environment like that when we live in one of the richest countries in the world."

Yvan says if he can help out, anyone can.

"If a poor man with five children can do this for the homeless what can the rest of the people in our city do to help out," he said.

He says the folks at the tent city were not expecting that generosity.

"They were wondering what I was doing," he said.

"I told them I was donating this for the cause because no one should be living in a darn tent.  I actually had my children with me when I went.  I wanted to show them that you help out society."

He listened to their stories about some of the homeless struggling to fit in at the shelters. Others told him they just did not feel comfortable asking to live with family any longer.  Simply put, it's a struggle for many of them.

"These are street people, they live by their own rules," he said.

Yvan does not have any more generators to donate but he hopes the homeless problem with the tent city can get resolved before it gets even colder.

"There are so many schools closing and they could turn them into something. If we don't help, who is going to?"