Have you ever heard of Mencia? 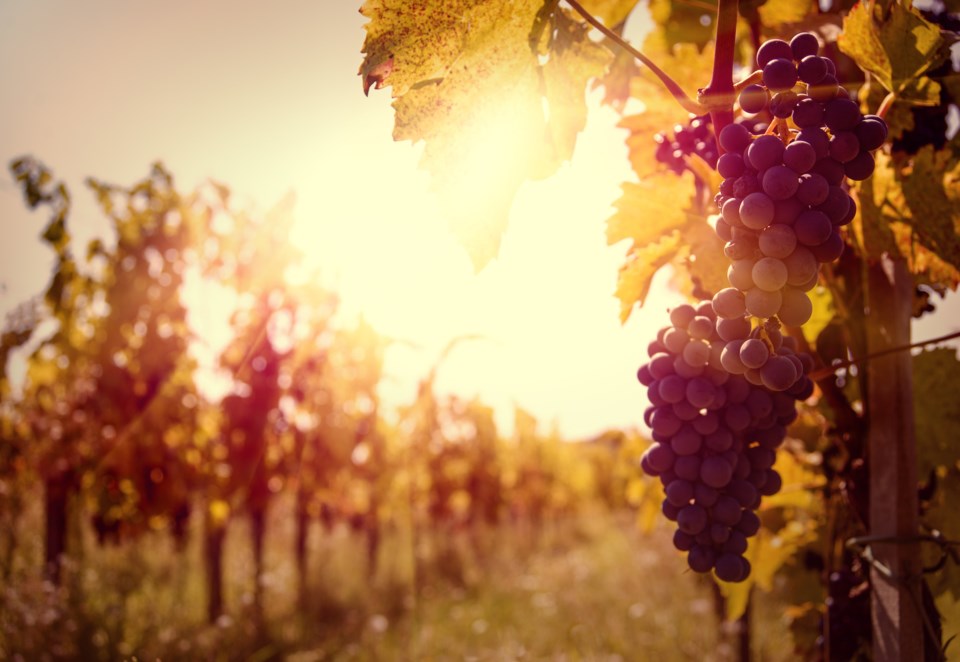 If you haven’t, you probably aren’t alone, as this grape has only recently emerged from obscurity in the northwest corner of Spain, most particularly in the Bierzo region.

For ages the grape had been grown on the plains and cultivated to produce high yields, resulting in generally mediocre wines; however, up on the hills remained old, un-irrigated vines which can continue to produce grapes of quality.

You may be familiar with the wines of Alvaro Palacios who was named Decanter magazine’s Man of the Year in 2015. Palacios acquired some of these abandoned mature vines, and initiated the brand, Descendientes de J. Palacios Petalos.

This wine, retailing for $25, appears in Vintages regularly – keep an eye out for it, as it will be back on the shelves in good time, I believe.

Meanwhile, a number of other Mencia wines are showing up on the Vintages shelves. As with the “Descendientes”, many don’t mention the Mencia grape, so keep your eye open for “Bierzo”.

I have seen Mencia compared to Gamay – the grape which gives us Beaujolais – as well as to Pinot Noir, Cabernet Franc, and Syrah.  Beppi Crosariol of the Globe and Mail says he thinks of it as “Beaujolais with bull’s horns.”

Wine Folly references aromas of “strawberry, raspberry, black licorice, pomegranate and cherry sauce”, with “peppery flavors of sour cherry, red currant, and pomegranate along with a bitter cherry pit flavor which comes from the wine’s tannin.”

In tasting, what you experience depends very much on the efforts of the wine makers and the vineyard managers. Prices are generally very reasonable, though some examples can demand a premium.

A few examples appeared on the last two Vintages releases, and can still be found in the stores.

With the Flavium Selección Mencia 2014, $13.95. I was immediately impressed with its lush and seamless smoothness. The flavour is ample and plummy, and the impact is relatively straight forward, with moderate furry tannins accompanying the finish.  Like most Mencia wines, the colour is a deep purple/red – both the tannins and the colour coming from the grape skins.

Viñdemoya Centenaria Mencia 2016, $18.95, is quite distinctive in its turn, and with its complexity, more interesting. As with many hill-farmed old vine sites, there are often other varietals found in the ‘field-blend’, including even some whites. This wine strikes as dry and grippy and approaches being full-bodied. Expect some smoke with the dark fruit, and enjoy it with full-flavoured food. It received a 90+ from robertparker.com.

Pago de Valdoneje Mencia 2016, $15.95 – If any Mencia displays that grapey Gamay character, this is it. Bright and lively, with good depth and noticeable but unsurprising tannins given its youth, it could even be served slightly chilled. Having pizza? This wine would make a perfect pairing.

From my brief experience, Mencia is a wine I am quite happy to try, and one with terrific variation from producer to producer. If you like to explore new wines, you can be confident that Mencia will deliver.

Domaine de la Baume Elite d’Or Chardonnay 2015, $16.95, is a Vin de Pays d’Oc from the south of France. According to robertparker.com, “it offers classic notes of buttered stone fruits, toasted bread, spice and white flowers to go with a rich, beautifully textured style on the palate.” - 90

Meiomi Chardonnay 2016, $24.95, is blended in pretty well equal parts from grapes produced in 3 regions of California – Monterey, Sonoma, and Santa Barbara. There is a clear “oak emphasis” apparent, and very good depth of tropical flavour – pineapple-, for example. On the finish, there is a burnt sugar/ crème brulée, note, and a resolving crispness. This could be perfect wine with a variety of chicken dishes.

Coli Vernaccia di San Gimignano 2017, $14.95 – it has been a while since the LCBO has had this Tuscan white varietal on its lists. The Vintages Panel notes “ impressive, well-articulated melon, grapefruit, peach, and tropical fruit. A limestone minerality provides additional complexity.”

You can also find a number of Rieslings from many parts of the globe featured on the 29th. Check with your consultant to see what is on offer.

Ferraton La Tournée Rouge  2016, $13.95, is a French Rhone red which may serve well before the barbecue is put way for the winter. Dark fruit, decent depth, and leather and coffee notes are suggested.

Vigneti Del Salento I Muri Primitivo 2016, $13.95, from Puglia is new to the LCBO. lucamaroni.com says “this wine delivers notes of dark fruit, plum, spice and earth. A vibrant core of acidity keeps this feeling fresh.” -93

Canti Estate Barbera d’Asti 2014, $14.95, from the Piedmont region of Italy is another type of wine noted for bright fruit and acidity, making it perfect with roasted meats and pastas. Vintages mentions dark fruit, and underbrush. Well worth trying.

Wits End Luna Shiraz 2016, $17.95, is a popular example from South Australia. James Halliday scores it 96 (he does have a higher –ended scoring system!).  He mentions a medium –bodied palate, freshness and purity of fruit.

Tenuta di Burchino Il Burchino  2010, $24.95 is one of those Super-Tuscans which incorporate grapes like Merlot or Cabernet Sauvignon along with Sangiovese. Another on this release is the Fanti Poggio Torto Rosso 2015, $19.95 Both earned 93’s from James Suckling, who called the former “Very long. Gorgeous…with a cola, berry and light chocolate undertone.”

The latter he finds full-bodied but refined and polished with blackcurrant, licorice and raspberry character.

There are many more attractive wines coming out on the 29th.  Check with your consultants for their suggestions.