Guy breaks into a car, finds owner sleeping in the back seat 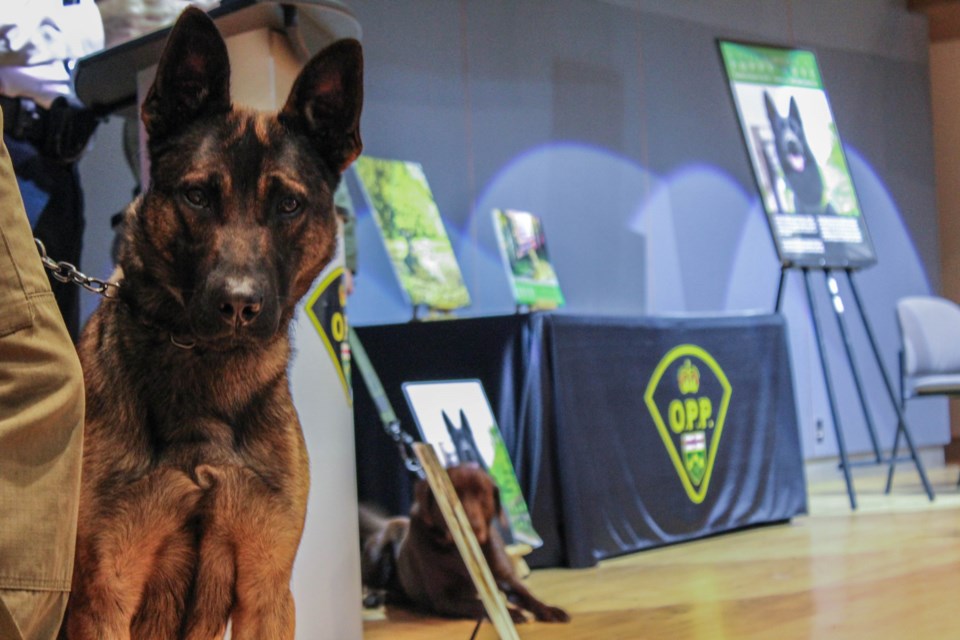 OPP canine unit was involved in the search. File.

A sleeping motorist got the surprise of his life Sunday when his nap was interrupted by the sound of smashing glass.

OPP say on the afternoon of April 14, Warren officers responded to a mischief complaint in Markstay-Warren, west of West Nipissing.

A man had broken the window of a parked vehicle at a local business only to find the owner sleeping in the back seat. The thief, startled by the owner, fled in a nearby vehicle, later determined to be stolen from the Sudbury area.

That vehicle was later found by West Nipissing Police abandoned in a residential area of that town.

Tips called in by members of the public on the whereabouts of the suspects led to one man being arrested.

Richard Rouleau, 21, from Sudbury was charged with "Mischief - Destroys or Damages Property."

Sudbury and West Nipissing police have also laid charges related to this incident and the investigation is ongoing.