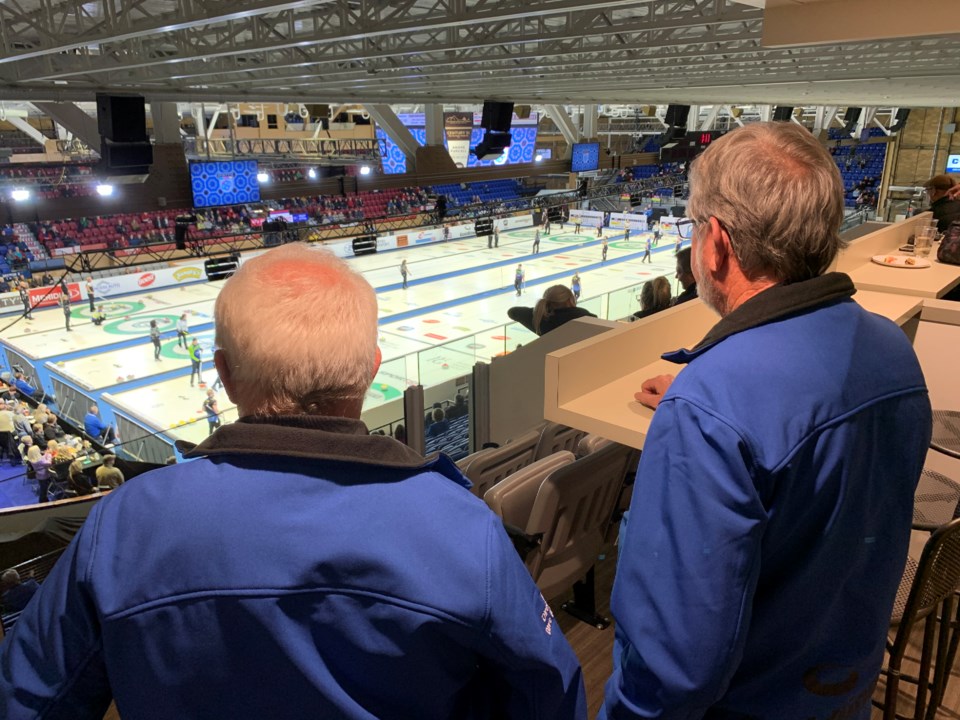 Rick Miller is once again watching a successful curling event play out of Memorial Gardens.

Miller is the chair of facilities for North Bay's Pinty's Grand Slam of Curling which has taken over Memorial Gardens from October 22 to 27.

With record seat sales, Miller knew that the opening night of curling would be packed with excited fans.

"We had a good crowd last night, we had some great play last night. The ice is great, the players love it and everything is going really well."

Of course, Miller was one of the key organizers when the World Women's Curling Championships took over North Bay in the spring of 2018.  However, this event involves more teams and one more sheet of ice.

"We were better off having done it before, we know the order things have to go.  One extra sheet of ice is more work for ice makers but two ice makers come with the event and do all of the events and it works well."

While it is still early, Miller is excited to hear praise for the event from out of town fans.

"There are a lot of people from out of town and probably the most interesting thing is you get people from southern Ontario and they say they are coming to the event here because it is nice and easy to get to and it is a great venue," he said.

"It is a great opportunity to see the best curlers and this is the best field they have ever had."

Anna Hasselborg and her Swedish rink which lost in the final of the 2018 Ford World Women's to Canada's Jennifer Jones, is one of the top women's teams at the event.  Despite that loss, she's excited about playing in North Bay again.

"We had the time of our lives in North Bay last time even though we did not win the final," she told CKAT.

"We were really tired from coming right over from the Olympics but the people of North Bay really carried us through the whole competition and it was so cool even though we were not a home town team but still they were supporting us."

Curling will take place throughout the days and evenings this week with the women's final taking place at noon on Sunday and the men's event starting at 4:30 p.m.

To see all the results go HERE