Great experience for North Bay Para Lifter at the Worlds 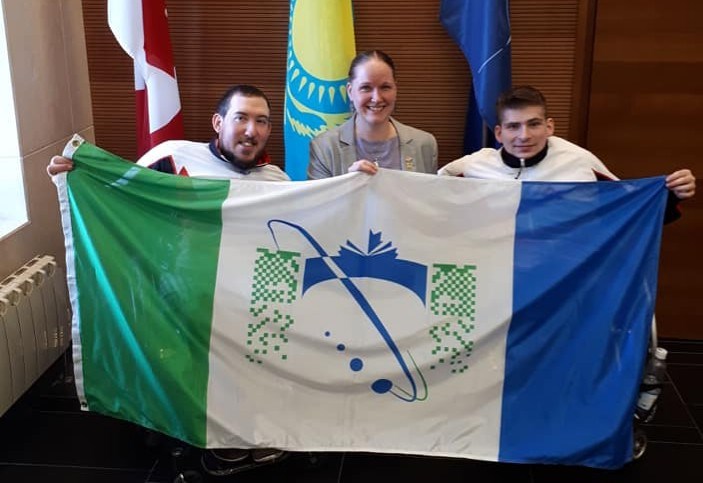 Canadian Coach Tracey Rice and another Canadian lifter, Dylan Sparks, who are both from Edmonton. Photo courtesy Facebook.

Jake Beaton is disappointed but he’s still thrilled to have a chance to represent Canada and North Bay this week at the World Para Powerlifting Championship in Kazakhstan.

Beaton had all of his lifts in the ‘72 and under kilo’ event flagged by the judges.

“It didn’t go quite the way I hoped it would, but I’m glad for the experience,” Beaton told Rogers Radio.

The lifts of 94 kilos were flagged by the judges because Beaton says the bar came down unevenly on his chest on two of his lifts, while there was a double-tap on his chest in his third attempt.

He was hoping that a solid performance in the worlds would help him qualify for the 2020 Paralympics which will take place in Tokyo.

Beaton was also very thankful for all the local support.

"Time to put this behind me and enjoy the rest of my time here. Re-focus and rebuild and see what is next when I get home."

However, Beaton is not only a Para Powerlifter and he’s hoping to possibly represent Canada in another sport.

“When I get back I will be starting kayaking with the North Bay Canoe Club and I’m hoping to represent Canada in kayaking at Tokyo,”  he said.

Beaton, who has Spina Bifida, is also a longtime member of the North Bay Ice Breakers sledge hockey team.