'This seemed like a fantastic opportunity for us to open up our program to a beginner group of hockey players who are not ready yet to join our existing teams'
0
Oct 16, 2018 1:00 PM By: Chris Dawson 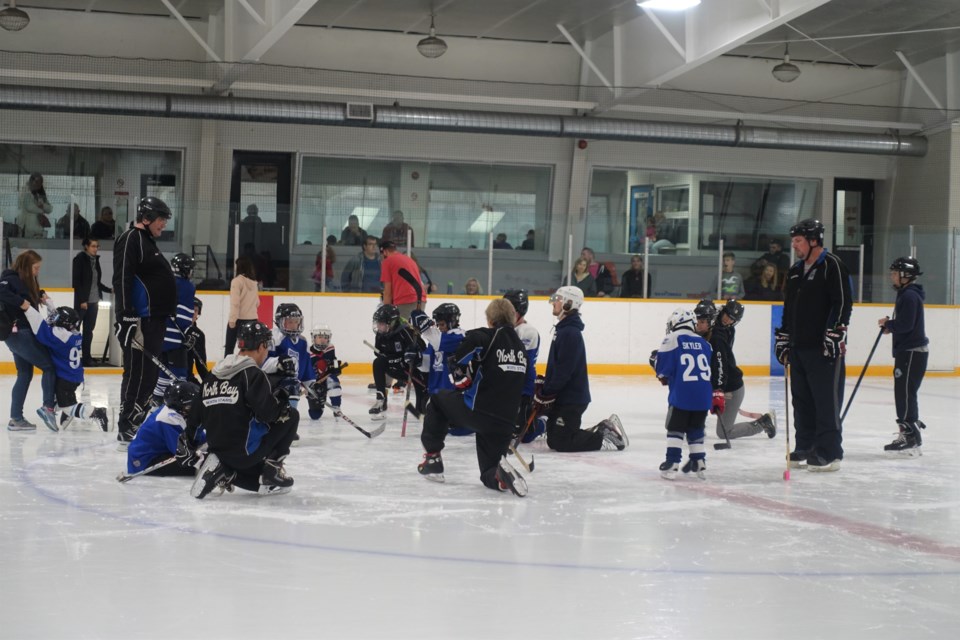 The North Bay North Stars special hockey program is celebrating the start of its 12th season of operation in North Bay.

The program was launched to help provide an opportunity for adults and children with special needs to play on a hockey team of their own.

But the program got a big shot in the arm courtesy of a grant from the GoodLife Kids Foundation.

“This seemed like a fantastic opportunity for us to open up our program to a beginner group of hockey players who are not ready yet to join our existing teams,” said North Stars president Sharon Fung.

The North Stars “Shooting Stars”  program began on Sunday with ten youth on the ice for an hour.

Fung says it was a very positive experience for all the kids and their families.

“This is a fantastic opportunity for us to develop younger players who will eventually move up and join our more advanced teams, so we are really excited about this.” said Fung.

“The program receives so much support from the community that they were able to have ten coaches providing a great deal of support to the kids on the ice as well as a chance for the parents to relax and enjoy watching their little hockey players having fun and being involved,” she stated.

The North Stars A and B teams will play their first game of the season with the North Bay Firefighters on Sunday, October 21st at Pete Palangio arena from 2-4pm.

Nipissing First Nation closing its businesses due to COVID-19
Apr 6, 2020 3:00 PM
Comments
We welcome your feedback and encourage you to share your thoughts on this story. We ask that you be respectful of others and their points of view, refrain from personal attacks and stay on topic. To learn about our commenting policies and how we moderate, please read our Community Guidelines.