Unionized employees at Casino Rama “are livid” that Gateway Casinos and Entertainment, the operator of the local gambling facility, will not be covering their benefits after April 30.
Mar 29, 2020 9:00 AM By: Dave Dawson 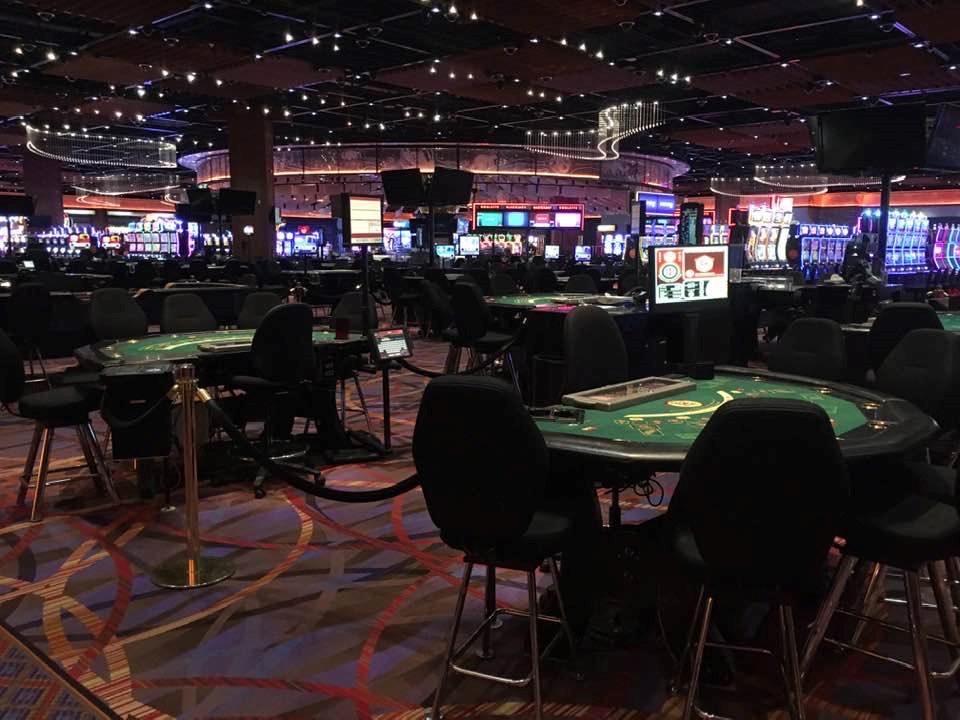 The gaming floor at Casino Rama is empty following the forced closure of the facility on March 16.

Unionized employees at Casino Rama “are livid” that Gateway Casinos and Entertainment, the operator of the local gambling facility, will not be covering their benefits after April 30.

Gateway is also building a casino in North Bay, due to open late spring.

On March 17, the Ontario Lottery and Gaming Commission forced the closure of all casinos in Ontario in the wake of the COVID-19 pandemic.

When that happened, Gateway sent a question and answer memo to all employees. Among other things, that memo said employee benefits would be covered for the “duration of the closure.”

This week, employees learned their benefits will be cut off as of April 30.

One employee, who reached out to OrilliaMatters on the condition of anonymity, has worked at the casino in Rama for more than a decade. He said employees are angry and frustrated.

He called Gateway a “heartless company” that is “screwing over their employees in a time where we are being forced to stay home and ‘do the right thing.’”

He said the company’s “lack of compassion for their employees” is “disgusting.”

Gateway officials did not respond to a request for comments for this story.

Unifor executive Deb Tveit, who serves as the assistant to the president and oversees the gaming sector for the union, said she “feels the frustration and anger” of the employees.

However, the collective bargaining agreement stipulates that employee benefits are only to be covered for six weeks in the event of a temporary layoff.

But Tveit stressed these are “exceptional” circumstances and says the union is calling on the company to step up and extend that coverage for the duration of the closure.

She said getting benefits extended is their top priority - now. Tveit said Unifor’s No. 1 priority, once the casino closed, was to convince Gateway to issue records of employment (ROE) that were coded properly so EI benefits could flow to laid-off workers as quickly as possible.

Initially, Tveit said, the company wanted to code the ROEs as ‘unknown’ rather than ‘shortage of work.’ That, she said, would have been “devastating” for workers and led to lengthy delays.

She said Service Canada decreed that ROEs coded ‘shortage of work’ would go to the top of the pile and be processed immediately. Others would require consideration and take, potentially, weeks to process.

“They received one million EI applications last week,” said Tveit. “So, this is crucial and we were able to convince them to code them properly so our members will get EI as quickly as possible.” It should be noted one other operation, Great Canadian Gaming, has refused to issue the ROEs with the preferred coding.

Tveit said Unifor is uniting with two other large unions, OPSEU and PSAC, in a campaign aimed at pressuring the OLG to step up and extend the coverage of benefits.

“They should be helping out these employees during this crisis,” said Tveit. “This is an economic crisis, but it’s going to become a health crisis.”

Tshweu Moleme, a Unifor representative at the casino, is furious that benefits will be cut off.

“We have many members and families relying on these benefits,” said Moleme, noting many are stressed due to the pandemic.

“There’s going to be a need for all kinds of medical help. For example, help around mental health, which is crucial at this time; some have children with conditions that require regular, daily medical attention and care - young and old. So cutting someone’s benefits at such a time, especially, will be nothing short of pulling the plug on on them. It is ruthless,” said Moleme, who ran for city council during the last municipal election.

It’s especially dismaying because the company promised not to do it, he stressed.

“The company promised in writing and should honour that and stop with the games,” said Moleme. “Every loving, caring Canadian is focused on saving, not destroying lives, right now.

“It’s incomprehensible what this company is doing. Sickening, if I can be frank.”

He pointed to small, local “mom and pop” businesses in Orillia that are doing everything in their power to continue to support their employees.

“How can a business worth billions be outdone by a corner store worth a few thousand dollars in the bank? Where is the heart?” he asked.

“I can assure you that Casino Rama workers and surrounding communities are not going to let this company get away with such ruthlessness.”

Moleme is also upset that he and other union representatives were not consulted on the memorandum of agreement signed March 24 by Unifor and Gateway. That agreement, obtained by OrilliaMatters, was signed by Unifor’s Hospitality and Gaming Director, Jim Woods, and Julia Simpson, Director of Labour Relations for Gateway.

“Any agreement involving Casino Rama workers and struck without the knowledge and consent of their elected workplace representatives (us), is useless,” said Moleme.

“We are their voice, their direct bargaining agents," he said, adding it's "unbelievable that Gateway would think that they could just fly over us and get what they want at the national office."

About the Author: Dave Dawson