'It is a great opportunity for them to develop as players and learn what it takes to wear the Maple Leaf'
Jun 25, 2020 1:00 PM By: BayToday Staff 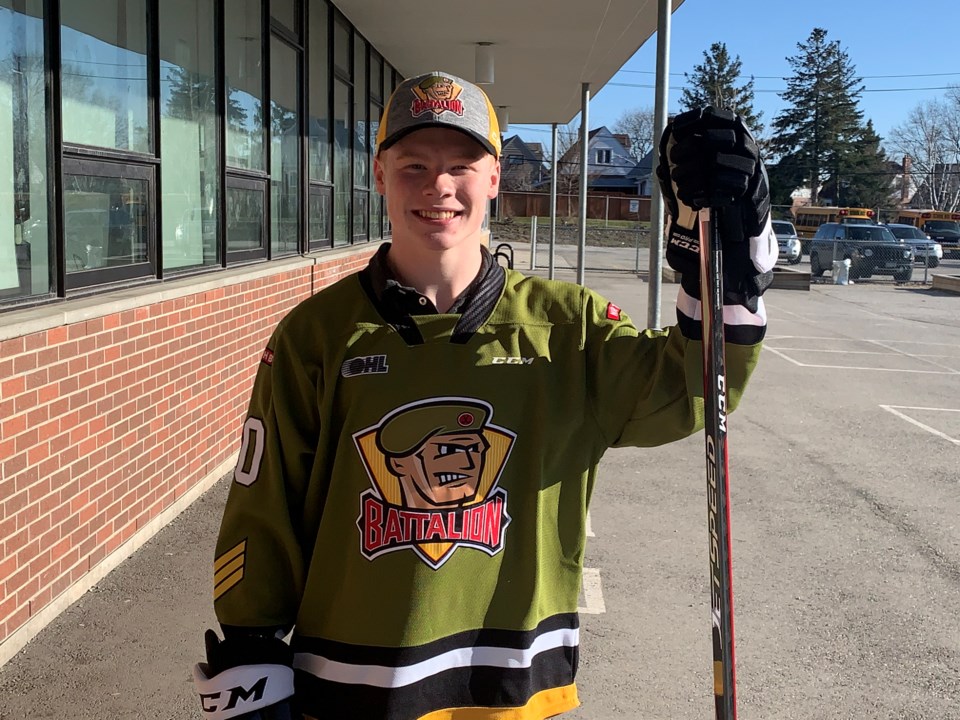 A total of four young North Bay Battalion draft picks have been recognized by Hockey Canada.

Hockey Canada has announced a roster of 113 players invited to its virtual national under-17 development camp, set for July 19-25, as well as the coaching staffs that will lead Canada’s national men’s under-17 teams at the 2020 World Under-17 Hockey Challenge, presented by TELUS.

A total of 12 goaltenders, 37 defencemen and 64 forwards will be split into six teams for the week-long virtual camp, participating in a variety of sessions with a focus on player development through online education.

The list of players invited includes 49 OHL prospects consisting of 30 forwards, 16 defencemen and three goaltenders. All 17 eligible first round 2020 OHL Priority Selection choices received invitations while a total of 35 prospects on the list have committed to OHL member teams for the 2020-21 season.

"The national under-17 development camp is the first stage in introducing these athletes to the Program of Excellence, and it is a great opportunity for them to develop as players and learn what it takes to wear the Maple Leaf,” said Scott Salmond, senior vice-president of national teams with Hockey Canada in a release.

“Our three under-17 teams are very fortunate to have these nine experienced coaches, and we know our coaching and support staffs will embrace the opportunity to guide the development of the top young players in Canada.”

The four Battalion players will be joined by Battalion head trainer Andrew Sachkiw, who has been named the Team White Athletic Therapist.

Good morning, North Bay!
Nov 29, 2020 6:00 AM
Comments
We welcome your feedback and encourage you to share your thoughts. We ask that you be respectful of others and their points of view, refrain from personal attacks and stay on topic. To learn about our commenting policies and how we moderate, please read our Community Guidelines.