Two former Lakers heading to Europe to play together in France
Aug 11, 2020 5:00 PM By: Chris Dawson 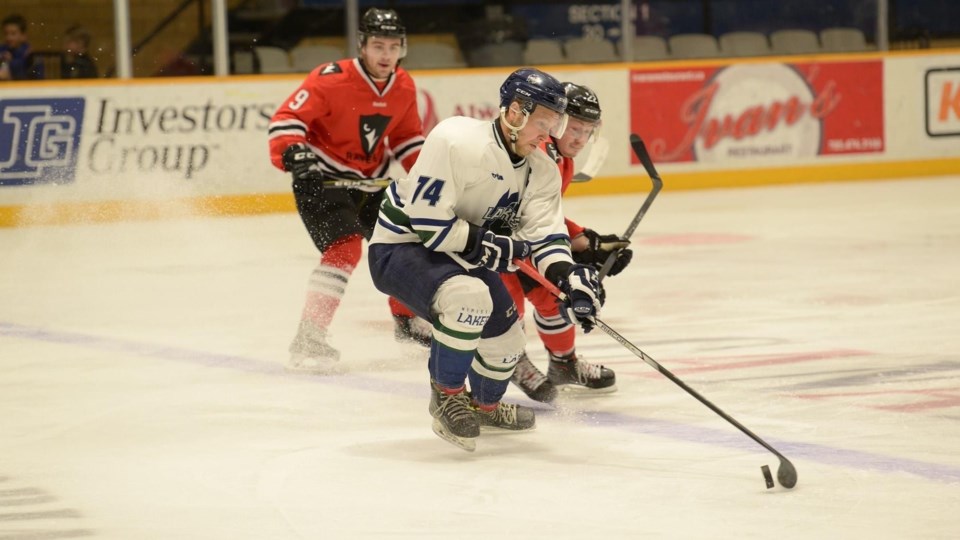 A pair of former Nipissing Lakers hockey players are heading overseas this fall to play professionally in France.

Eric Robichaud, who had previously played in the ECHL in Greenville and Brampton after his departure from Nipissing, will be joined by Colin Campbell on the Mulhouse Scorpions for the upcoming season.

“I am super excited to make the jump to Ligue Magnus. Being French Canadian, playing in the best French league had been on my mind for a long time," the 27-year-old Timmins native Robichaud stated in a Scorpions release.

"I can't wait to be there, I look forward to meeting my new teammates and starting the season. "

“Erik is a talented player capable of playing in the centre and on the left-wing, which makes him a versatile player," stated Alexandre Gagnon, Scorpions head coach.

"He's a good powerplay and penalty kill player. He is electrifying in the offensive zone by creating a lot of scoring chances for his partners. One fact that should not be overlooked is that Erik played with Louick Marcotte, they lived together and remained good friends. In addition, he was a trio partner with Colin Campbell for five seasons at Nipissing where they had several good seasons. The chemistry is likely to set in quickly."

Campbell, who graduated from the Lakers program in 2019, played last season in the Erste Liga which operates in Romania and Hungary.

The Nova Scotia product had 23 goals and 19 assists for 42 points in 42 games with Fehevari Titanok last season.