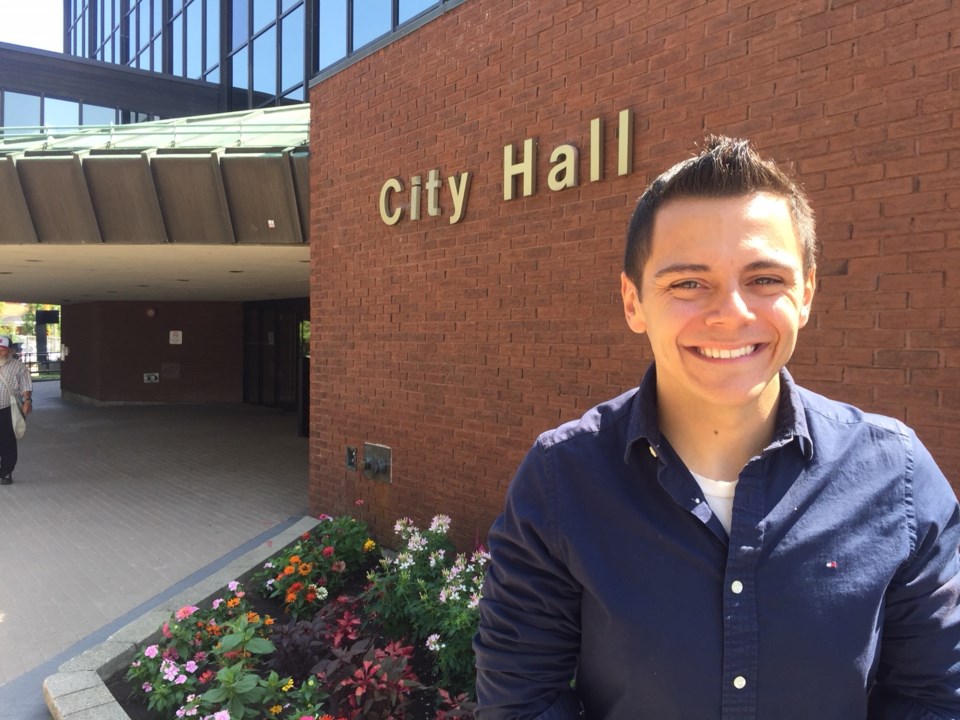 Deputy Mayor Sheldon Forgette has made it official...he's running for mayor.

He held a news conference on the steps of City Hall this morning to make the announcement.

Two of the major planks in his platform include making the mayor and council positions full time and bringing back the Heritage Festival.

"Over the past four years, I've been spending my time learning the insides and outs of city hall. About a year ago I got approached by many people to consider running and it was a tough decision because I have a business."

The 27-year-old Forgette, who has come under criticism for missing meetings, says he's hired a professional management team to come into his business (Computer Doctors) and take it over.

"Because I do want to give this job my all and give it my full-time attention and I think it deserves that."

Not only does Forgette believe the mayor's position should be full-time, he wants councillors, who presently now have their own jobs, to be full-time at City Hall also with the introduction of a ward system.

"If you expect the city to grow you need a full-time council. It's not going to happen overnight but if we want to bring the city from 54,000 up to 100,000 we need to take these steps to get the ball rolling."

Forgette estimates it will cost taxpayers an additional $200,000 to have full-time councillors, that's on top of what they earn now.

He calls that,"pretty insignificant" in the grand scheme.

"It's less than .25 per cent of the budget, including the mayor. The full-time councillors would have to be responsible and clock in and out."

But Forgette says as mayor, he'd be willing to work for free.

"Absolutely," he told reporters, "As deputy mayor, I've pretty much given up my salary. If you speak to people in the community I've donated to many causes. I spent $10,000 on a free wi-fi park at the transit station. I pretty much give up my salary as it is. My wife doesn't like me for that but it is what it is."

Forgette also says he wants to bring back the original Heritage Festival.

The deputy mayor has published a 26 page booklet outlining his platform.

It is called Forging Our Future.