'Every PC MPP that voted to prop up Ford’s destruction of the environment should be ashamed'
Dec 9, 2020 12:00 PM By: BayToday Staff 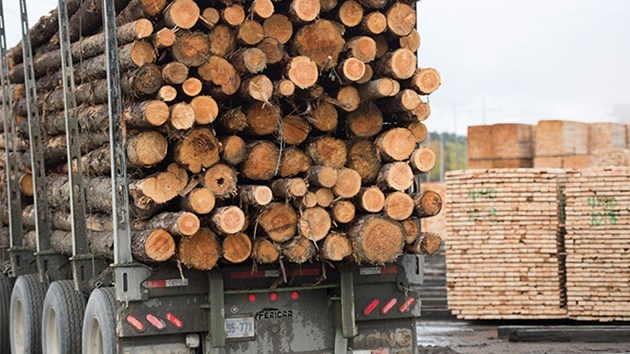 The Board of the North Bay Mattawa Conservation Authority didn't get its wish, as the government refused to hold off passing a controversial bill that will allow the provincial government to have control over land development permitting decisions.

But Board Chair Dave Mendicino now wants to move forward.

"With the passage of Bill 229, Schedule 6 related to the Conservation Authorities Act, including the last-minute amendments made at Committee, is now a reality we’ll have to deal with," he told BayToday. "The Board, together with many municipal and conservation authority voices throughout the province, wanted to see Schedule 6 pulled from the Bill to allow for more discussion about the impacts. But now that it is passed, we need to focus on the regulations the province will be developing."

Mendicino believes some of the 11th hour changes that were made are positive.

"It allows for citizen appointments to the board and allows conservation authorities to issue stop-work orders under certain conditions.  But there are many unanswered questions about how this will be implemented and the timelines surrounding the transition.  The regulations will be key and our challenge will be operationalizing the changes.

"The province has indicated that there will be an avenue for discussion surrounding the regulations and we need to focus our attention on ensuring these reinforce the watershed management approach to the work we do without burdening the resources of municipalities and the conservation authority."

But Peter Tabuns, NDP critic for Energy and the Climate Crisis says the legislation will rip powers from conservation authorities and allow developers to override environmental protections:

"Doug Ford's actions make him a threat to Ontario's water, soil and air, and to the health and safety of Ontarians," said Tabuns in a news release. "Ford plowing ahead with a plan that lets developers pay to pollute the water and pave over vital wetlands despite a chorus of opposition from environmental experts is jeopardizing the need for Ontario to avoid the worst impacts of climate change. We will continue to oppose this dangerous, short-sighted law. Every PC MPP that voted to prop up Ford’s destruction of the environment should be ashamed.”

Schedule 6 is a small part of the COVID-19 recovery bill, Bill 229, but now gives the final say on zoning and building permits and other environmentally sensitive issues to the province.

"At the local level it means that some decisions on permits, whether it's to issue a permit or repeal a permit or cancel a permit, some of those decisions could be made by the minister at Queen's Park," said Conservation Sudbury general manager, Carl Jorgensen.

"It doesn't mean that's going to happen with every permit. We're going to continue doing most of our business the way we have been, however if we get into a situation where it's a stalemate between the conservation authority and the person who has applied for the permit, it's possible that they can appeal to the minister and they can override us."

Meanwhile, the Wilderness Committee, made up of Mississaugas of the Credit, Anishnabeg, Chippewa, Haudenosaunee and Wendat Territories, said the move negated 12 years of efforts to reconcile forestry operations with legislation in the province’s Endangered Species Act by granting a permanent exemption for logging from complying with provisions to protect and recover species-at-risk in the province.

“The Ford government is abandoning any serious attempts at preserving biodiversity and the province’s reputation for sustainable forestry,” said spokeswoman Katie Krelove.

"It permanently exempts forestry companies licensed through the Crown Forest Sustainability Act from the prohibitions preventing the killing and destroying of species at risk habitat as well as provisions to protect and recover habitat. Worse still, Schedule 8 removed the ability of the minister of the environment, conservation, and parks to issue a species protection order or a habitat protection order to halt or alter forestry operations, even in circumstances where significant harm to an endangered species will result.

“This is a huge blow to the health of forest-dependent wildlife such as woodland caribou, wood turtles, Blanding’s turtles, and migratory songbirds,” said Krelove. “Requirements under the Crown Forestry Act are merely to minimize harm to species-at-risk — they cannot replace legal protections under the ESA.”

Elizabeth Hendriks, vice-president of restoration and regeneration, World Wildlife Fund-Canada said, “This amendment will lead to a ‘pay to pave’ approach which we’ve already seen fail many times over. It is expensive and ineffective to just ‘recreate’ wetlands somewhere else — and won’t address the concerns of our non-partisan and science-based Conservation Authorities. In the middle of a biodiversity and climate crisis, this government is choosing to put communities and wildlife at risk.”

With files from Sudbury.com.