'We expect flooding in area streams and rivers due to the timing, duration and amount of rain expected during this weather event'
0
Apr 17, 2019 1:00 PM By: Jeff Turl 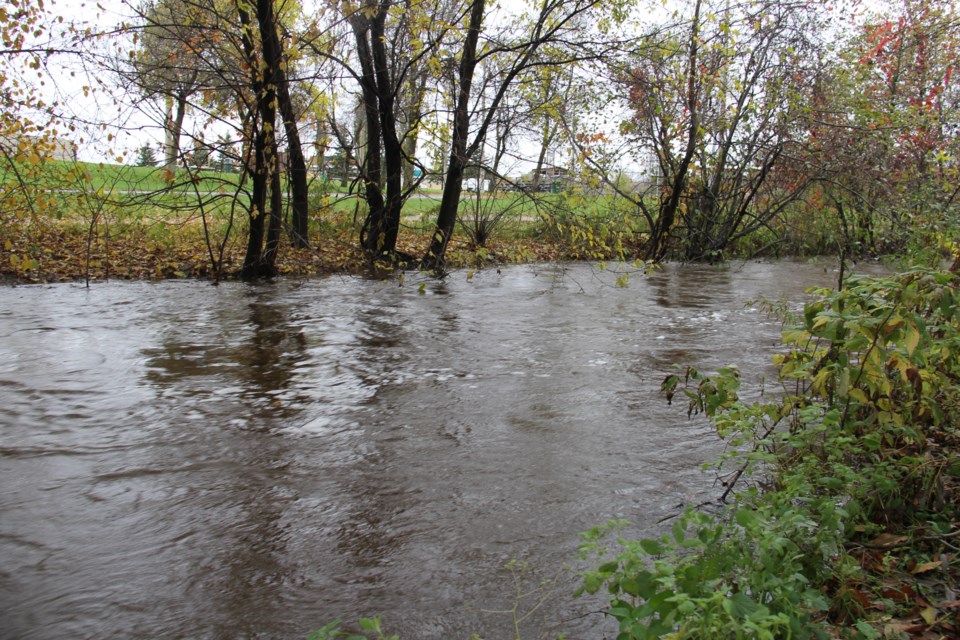 It’s the rain event we were hoping wouldn’t come says the local Conservation Authority, but with warmer temperatures and 35 to 55mm of rain adding to the spring melt, this weather system will tip the scale and bring flooding to area rivers and streams.

The North Bay-Mattawa Conservation Authority (NBMCA) is issuing a "Flood Watch" which warns that the potential for flooding exists within specific watercourses and municipalities. Municipalities, emergency services and individual landowners in flood-prone areas should prepare.

“We expect flooding in area streams and rivers due to the timing, duration and amount of rain expected during this weather event, together with several watershed conditions," said Kurtis Romanchuk, NBMCA’s Duty Officer. "We have above average water levels in watercourses and above average snowpack depth and water content which will melt more quickly with the rain and higher temperatures expected during this event.”

A Colorado low combined with a Texas low is moving into the area, bringing the warmer temperatures and substantial precipitation. It is expected to move across northeastern Ontario tonight, continuing on Thursday and Friday, before leaving the province later in the weekend.  Between 35mm and 55mm of rain is forecast over the weekend, with the majority during Wednesday night and early Thursday morning.

Temperatures are expected to reach the 7-11  degree range.

The snowpack held approximately 123mm of water which is 425 per cent of the long-term average for this time of year.

The gauges NBMCA monitors on Chippewa Creek, Wasi River, LaVase River, and Amable du Fond River show all are above average.  Urban watercourses such as Chippewa Creek and Parks Creek and smaller watercourses will rise more quickly during this event. Lake Nipissing has been rising, but is not expected to flood at this time.

Lake Nipissing water levels are being monitored.  As the snow and water content in the upper watershed release and make their way to the lakes, we may see some changes there in a few weeks’ time

“As this event seeps through the system, lake levels rise, and shift from frozen to flowing over the next week we should see the ice on the lakes rise and pose some challenges for shorelines.  We’ll be monitoring the lake levels and advising the public as those conditions change,” added Romanchuk.

Ice conditions are already hazardous and conditions will become even more so wherever creeks or rivers enter lakes. With the increased flow, shorelines and banks will be slippery and you should stay away from those areas.

Banks adjacent to rivers and creeks become very slippery with precipitation and melting conditions, and areas of open water near lakes are expected to expand due to the incoming rainfall and snowmelt. Parents should keep their children and pets away from watercourses and waterbodies.