The long-term trends for inflows have continued to decline over the past five days
Jun 11, 2019 8:28 AM By: Jeff Turl 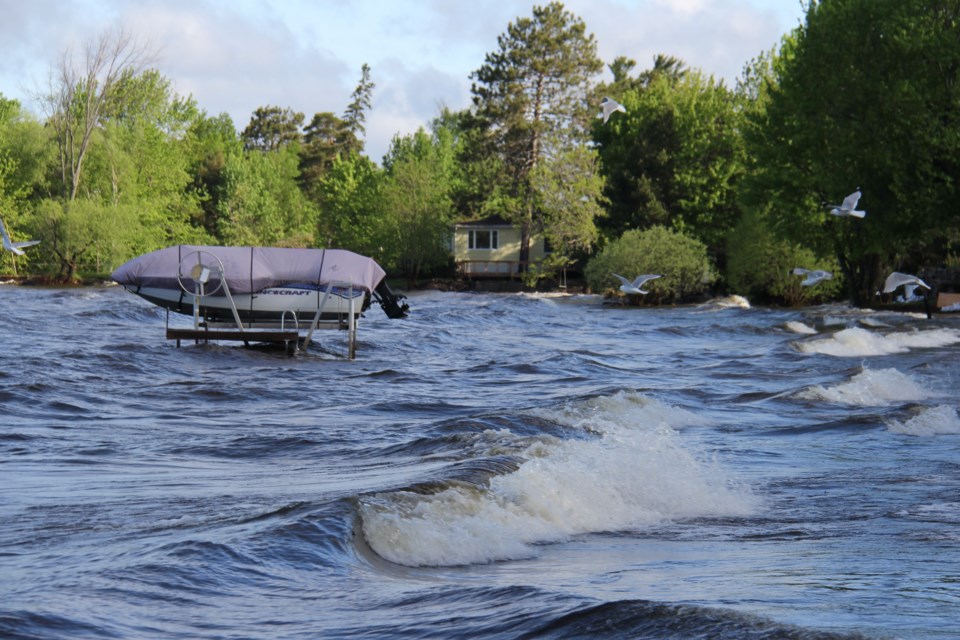 Levels continue to gradually decline on Lake Nipissing and Upper French River areas but a flood warning remains in effect until Monday, June 17.

The MNRF says Lake Nipissing and the Upper French River area received 20-25mm of rain yesterday and more is expected on Thursday with 15-20mm forecast, and an additional 5mm on Friday.

Strong winds from the northwest will continue to pound the North Bay shoreline today but variable winds are expected throughout the next five days. Wind speed and direction continues to be a major factor in local water levels.

"The long-term trends for inflows have continued to decline over the past five days. With the current outflows and the weather forecast, the lake level is forecasted to continue to decrease, but it will ultimately depend on the rate of evaporation and the actual amount of rain over the coming days. With the rain in the forecast this week, levels may increase due to local inflows," ways the MNRF.

Grease a sell-out at pop-up at drive-In
Jul 11, 2020 2:00 PM
Comments
We welcome your feedback and encourage you to share your thoughts. We ask that you be respectful of others and their points of view, refrain from personal attacks and stay on topic. To learn about our commenting policies and how we moderate, please read our Community Guidelines.