Fleeing motorist drives into a swamp after escaping police chase

A swamp near Powassan accomplished what police couldn't do near Mattawa...catch a dangerous driver.
May 3, 2021 12:00 PM By: BayToday Staff 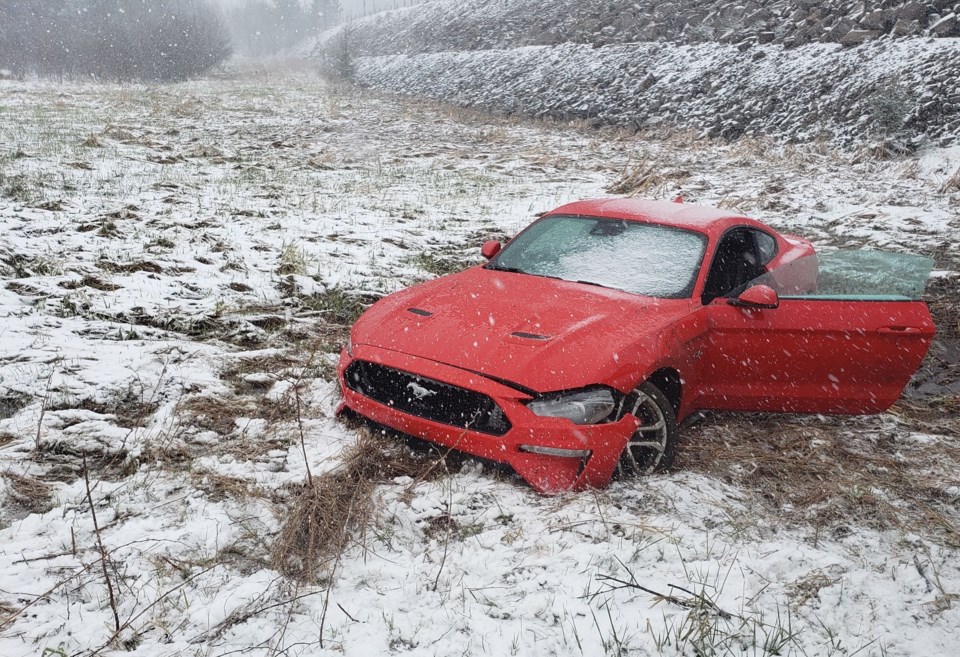 The Red Mustang ended up in a Powassan area swamp after fleeing police.Courtesy OPP.

A swamp near Powassan accomplished what police couldn't do near Mattawa...catch a dangerous driver.

Late afternoon on Friday, April 30,  a North Bay OPP officer was operating a radar trap on Highway 17 in Calvin Township, west of Mattawa when a red Mustang whizzed by at "a very high rate of speed."

As the officer pulled in behind the vehicle and activated the emergency lights, the speeder pulled away quickly and did not stop for the police.

"In the interest of public safety, the officer did not pursue the vehicle," explains Constable Shona Camirand. "Officers patrolled for the vehicle and received several complaints about the vehicle travelling at a high rate of speed and passing unsafely."

A half an hour later officers received a report of a single-vehicle accident on Highway 11 in Powassan.

"Officers located the vehicle in a swamp on the side of Highway 11 and the driver suffered minor injuries," said Camirand.

Fahram Aslam Malik Mohamad, 32, from Calgary, Alberta, is charged with:

Mohamad was released on an Appearance Notice with a date to attend the Ontario Court of Justice in North Bay on June 1, 2021.