'While there are slight variations between some of the results obtained by testing on different products on the list, all products meet the environmental acceptance standards jointly agreed to by U.S. and Canadian authorities'
Nov 6, 2018 10:30 AM By: Chris Dawson 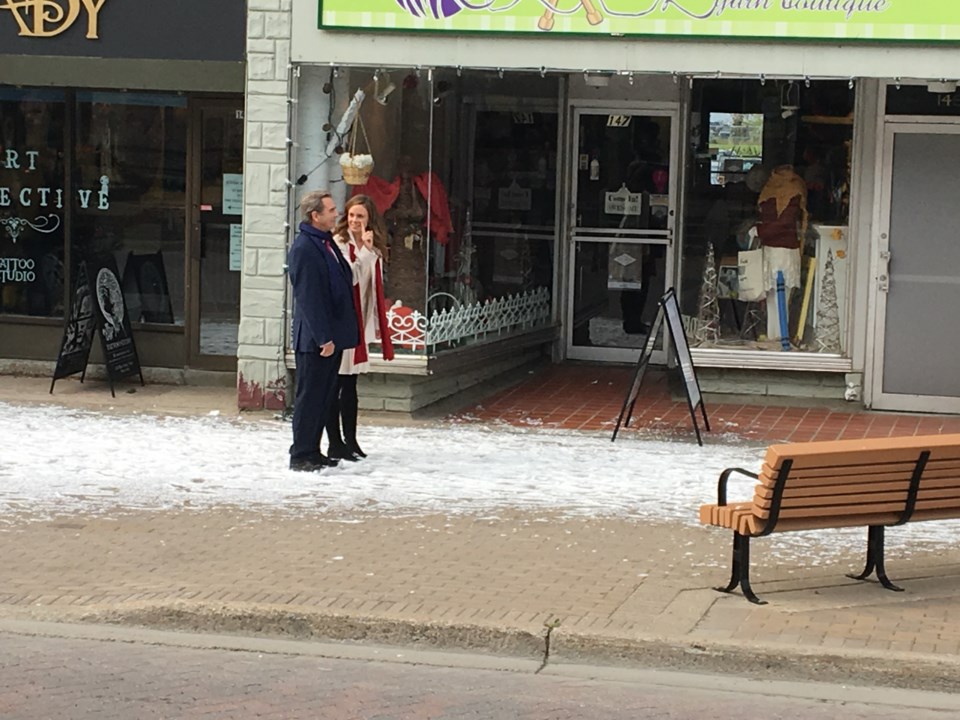 Some members of the film industry have reached out to BayToday.ca to back their claim that the fake snow used in films produced in North Bay is safe and should not be banned.

Mark Campbell is an official with Perimeter Solutions, which is makes Phos-Chek foam which is used as a fire suppressant as well as being used as fake snow for film productions.

Campbell says the product is under strict guidelines and has been tested in a number of ways including toxicity relating to Mammals, aquatic wildlife, and product biogradability.

“While there are slight variations between some of the results obtained by testing on different products on the list, all products meet the environmental acceptance standards jointly agreed to by U.S. and Canadian authorities,” stated Campbell.

Luc Benning is a special effects expert. Benning says they have adapted the use of this product to meet the needs of the film and television industry, to create the illusion of snow.

“As we are not suppressing fires with this Class A foam, we dilute the concentrate solution down to 0.002 percent,” explained Benning.

“Over several years of using this same product that is used across Canada to help fight forest fires and airport fires, we have never encountered any issue.  It has been our knowledge that Phos-Chek WD-881 is the most biodegradable and meets the highest environmental standards both in the United States and Canada, meeting both the USFDA and MNR requirements.

“It is never our intent and or practice to introduce this diluted product directly into water sources of any nature.  Moreover, we have never worked within any municipalities and or jurisdictions that have had a ban and/or prohibition on Phos-Chek WD-881;  and are unaware of any such restrictions globally.”

While film industry representatives have given the media the detailed information about the product’s safety, the city claims they still have a legitimate reason to ban the substance.

"The City appreciates the response to a recent decision to suspend the use of PHOS-CHEK, which was based on available toxicological and ecological information," said Keith Robicheau,  CAO in a release Monday.

"This specific product has been used by film and television productions to simulate snow, which can be done by other products and methods."

Robicheau did not present any evidence to support the claims on the harmful aspects of the foam but said in an email to BayToday that the decision was partly based after "review of information provided by the film and television industry.

"The decision to suspend the use of PHOS-CHEK,  was made after careful review and investigation of potential impacts.," added Robicheau.

"The City strives to balance the priorities for economic development and environmental protection as is outlined in the City’s Strategic Plan.”

But the film industry is confused as to where the city is getting its information.

“Supporting documentation can be referenced to illustrate the stringent testing this product undergoes to meet and surpass the short and long term side effects;  both environmentally and on a work site with individual operator usage and handling,” stated Benning.

“We appreciate any feedback from all parties involved, and would encourage any dialogue to help further clarify this product and its usage.  Until then we hope that in the immediate future we will be approved to use Class A foam to continue to safely create snow effects for our film and television projects.”