FEEDBACK: Here's what you had to say about the news this week 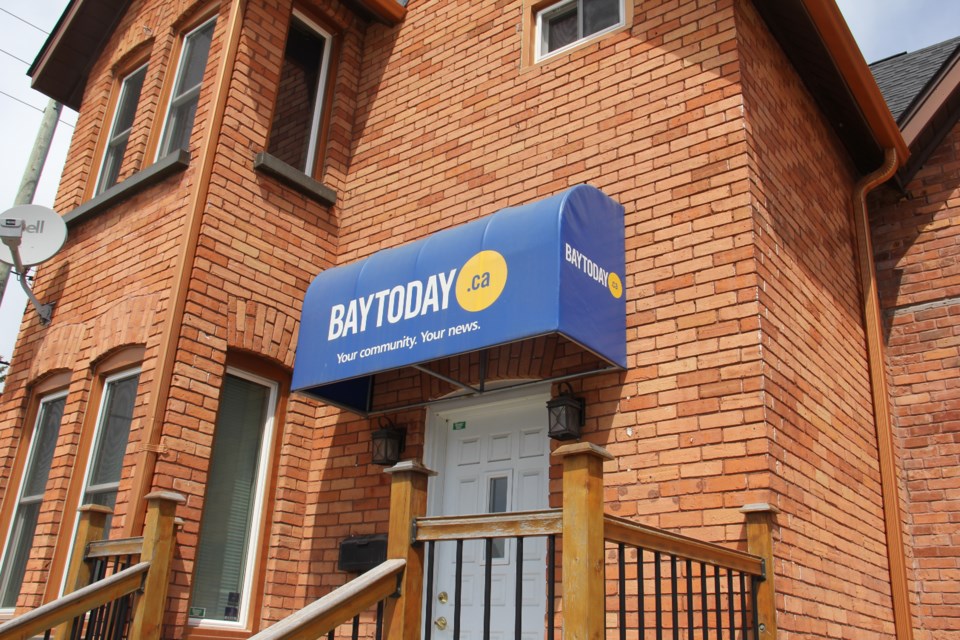 At the bottom of all of our local stories, readers now have the option of submitting feedback. Here's what BayToday readers had to say about what was making news over the last week:

"I can't believe you are parroting her self-serving talking points. It doesn't matter if it's happening everywhere else. She is the deputy mayor of North Bay. She should be concerned about what is going on in North Bay not elsewhere. It is not the responsibility of citizens to change their behaviour because of out-of-control crime and drug abuse. It is the responsibility of council, the police, the judicial system and the health care industry that placates these addicts with methadone to deal with this. Get the methadone clinics out of downtown. Get the addicts out of town. Lock them up and let them sweat out their addictions. Law-abiding citizens shouldn't have to put up with this nonsense."
- Bob L.

"Al MacDonald has done his best to devastate the City's balance sheet over the years without this project. There has been a suggestion by others, on other websites, to take a look at perhaps the old Widdifield School and remodel it to suit the needs of the indigenous people and those with dementia problems since that is one of the areas they are supposed to be addressing with this expansion.

The city has splintered many support services all over the City in different locations, so why can't they add a second location to Casselholme for a fraction of the cost while gaining more beds."
- Kaamen S.

"Always enjoyed Dave's perspective (wit, comedy, insult, flattery, and name maker). Over the years he has been accused of all. I like his style and happy to see him join your team. Good move by BayToday."
- R.W.

"I have a story about my Grandfather William Whalley who enlisted in May 11,1916 at North Bay at the age of 28 as there had been a depression prior to WW1.

He didn't have to enlist as he was farmer, a war critical profession.

He enlisted in the 228th( Northern Fusiliers) Overseas Battalian. 228 was one of four infantry formed in North Bay. The 228 moved to Toronto for training and involved in a sideline agreement with NHA also known today as the NHL. THE 228 Battalian s formed a professional hockey league.

My Grandpa sailed to England on Feb 16, 1917 on the Missanabie ( built in Glasgow) and was sunk by a German submarine near Ireland in 1918. Grandpa landed in England Feb 27, 1917 and was at a Canadian camp in Purfleet.

Lots of story but I am not sure anyone would be interested enough for me to continue so I will leave it at that. I have been actively searching for his remarkable story of survival against all odds. He suffered mustard gas poisoning, survived the Spanish flu because he was an honourable man and wasn't out creating havoc post war while riots between Canadian troops, stealing, raiding. They were all so frustrated that 6he war was over but they couldn't get home from Whales which is where my grandpa was held up..waiting, waiting,waiting. Ships were in short supply."
- Lorna B.

"He enjoys 4 years after his actions that took this woman's life. Regardless of pre-existing problems she had those years were taken away from her. Hope there are strict conditions when he is released and mandated to taking anger management courses and therapy for his actions.

What about the driver? Was he charged with anything if they left the scene?"
- J.P.

"They are a warm, wonderful little family who support their community. I wish them even more success!"
- Sherry S.

"WHY is Chirico and the NBPSHU the ONLY one in the entire province to act this way ----- perhaps we need a turnover of staff at the top."
- Kathy S.

"The Health unit needs to their heads out of their bums! I'm guessing 100 per cent wouldn't be good enough for them. The stuff coming out of the minds of this health unit is getting ridiculous."
- Colin H.

"I believe that police are ill-equipped to deal with a lot of the situations they are asked to address. I think that workers trained to deal with mental health issues, for example, could more effectively handle such situations. There is enough crime to worry about without having the police forced to intervene in situations which are not criminal in nature. Personnel knowledgeable about and sensitive to noncriminal situations should be utilized to increase effectiveness and reduce costs."
- Mike A.

"Sudbury has a much larger industrial tax base to spread the cost and keep their debt load within reason, unlike North Bay. We can't compete without going broke. North Bay has the big draw of the Dionne Quint Museum and the Chief Commanda."
- Kaamen S.

"While the drama continues with the municipalities and funding, every one ignores the other elephant in the room. There are now 260 humans on the LTC waiting list at Cassellholme today. This reality ignored, after construction complete (in four years) there will only be 24 additional rooms. Yet our Mayor worries about construction of a LTC facility which is too large? This neglect borders on lunacy."
- E.G.