Locally, the Liberals are going with Anthony Rota, the People's Party of Canada with Mark King, the Conservatives chose Jordy Carr, and NDP will have Rob Boulet represent them
Sep 10, 2019 5:00 PM By: Jeff Turl 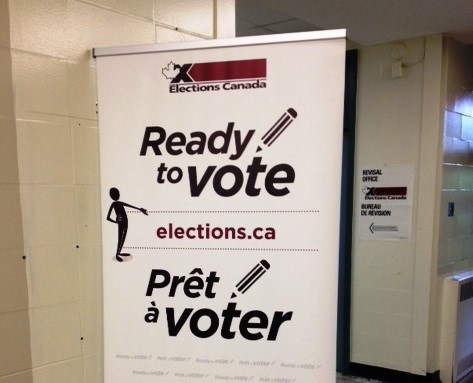 For a majority, 170 seats will be needed.

Locally, the Liberals are going with Anthony Rota, the People's Party of Canada with Mark King, the Conservatives chose Jordy Carr, and NDP will have Rob Boulet represent them.

The Green Party has not yet selected a candidate, although one may be announced at a meet and greet Thursday in the second-floor lounge, at The Raven and Republic,

Rota has a campaign office on Main St. opening scheduled for Tuesday evening.

The local Chamber of Commerce has indicated it will again organize a televised candidate's debate, although it's still not clear if PPC candidate Mark King will be invited to participate.

During the last provincial election, only four candidates, PC's, Liberals, NDP and Greens were allowed on stage due to space limitations. A corporate decision by Cogeco denied Northern Ontario Party leader Trevor Holliday a spot.

This time there will also be at least five candidates.

The King question arose after People's Party of Canada chief Maxime Bernier was denied a seat on the national leaders' debate. He's now fighting a battle to be included in the official election debates scheduled for the second week of October.

Cogeco Manager of Programming and Community Relations Joey Roussy told BayToday, "I cannot comment on behalf of the Chamber. I'm not sure what their plan is."

A call to the Chamber was not returned by deadline.

In the last election, Rota won convincingly, taking 52 per cent of the vote. Locally, Rota has won four out of the last five elections in Nipissing—Timiskaming, interrupted by Conservative Jay Aspin's win in 2011.

The Liberals and Conservatives are presently tied for first place in popular support. Polls suggest neither would likely win a majority in the House of Commons if an election were held today.

Heading into this election, the Liberals hold 177, the Conservatives 95, the NDP 39, the Bloc 10 and the Greens 2. There are eight independents — including former Liberal cabinet ministers Jane Philpott and Jody Wilson-Raybould. The People's Party of Canada has one seat and former New Democrat Erin Weir sits as a member of the Co-operative Commonwealth Federation. Five seats are vacant.