Meanwhile, Rod Phillips, who left his role as finance minister after travelling to St. Barts in December, is back in cabinet as the new minister of long-term care
Jun 18, 2021 3:33 PM By: Jeff Turl 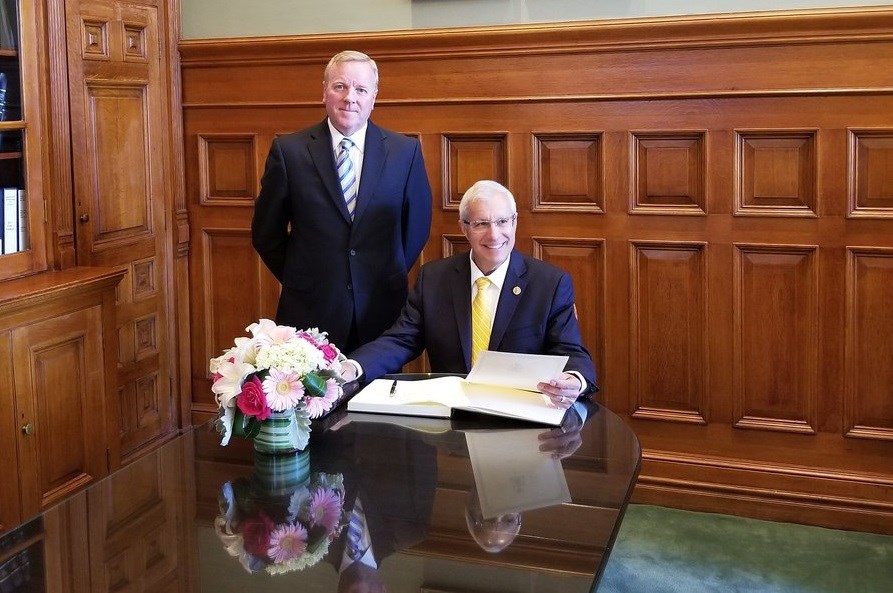 Nipissing MPP Vic Fedeli is keeping his job as Minister of Economic Development, Job Creation and Trade & Chair of Cabinet, after a cabinet shuffle today by Premier Doug Ford.

“I am honoured to continue serving the people of Ontario in my role as the Chair of Cabinet and as Minister of Economic Development, Job Creation and Trade, especially as we continue to work towards a full economic recovery from the COVID-19 pandemic,” said Fedeli in a brief email to BayToday.

Meanwhile, Rod Phillips, who left his role as finance minister after travelling to St. Barts in December, is back in cabinet as the new minister of long-term care.

He replaces Merrillee Fullerton, who is leaving the long-term care file to become minister of children, community and social services.

Prabmeet Singh Sarkaria is the new president of the treasury board, which has been split from the finance file, while Lisa Thompson replaces Ernie Hardeman in agriculture, food and rural affairs.

Changes to the Executive Council include the following:

Meanwhile the opposition NDP says Doug Ford’s cabinet shuffle is an admission of failure on long-term care and other critical areas during the pandemic.

“Doug Ford is removing and shuffling his ministers of long-term care, small businesses and social services from those files. If there’s ever been an admission that they failed people during the pandemic, this is it,” said NDP Deputy Leader Sara Singh.

“This admission of failure isn’t enough, though. We need action to undo the damage Ford continues to do — with brutal conditions in long-term care homes continuing, countless small businesses on the brink of collapse, and no plan for serious concerns like student safety and a horrific surgery backlog.”

Singh said it’s shocking and deeply insulting that Rod Phillips in particular is being promoted back into the cabinet, and taking over long-term care responsibility.

Phillips broke the rules and vacationed in St. Barts during Ontario's stay-at-home order.

“Phillips is obviously out of touch with what our loved ones in long-term care have been living through,” said Singh. “Long-term care homes still aren’t expected to provide air conditioning, and still have brutal understaffing — unlike the swanky St. Barts villas Phillips jettisoned off to while our seniors were living, and dying, in horrible conditions.”