Fedeli claims teachers have nothing to protest about

'There is a lot of fear mongering and a lot of speculation and there’s a lot of what if they do this, so they are out protesting before there is anything to protest about'
Feb 12, 2019 10:00 AM By: Chris Dawson 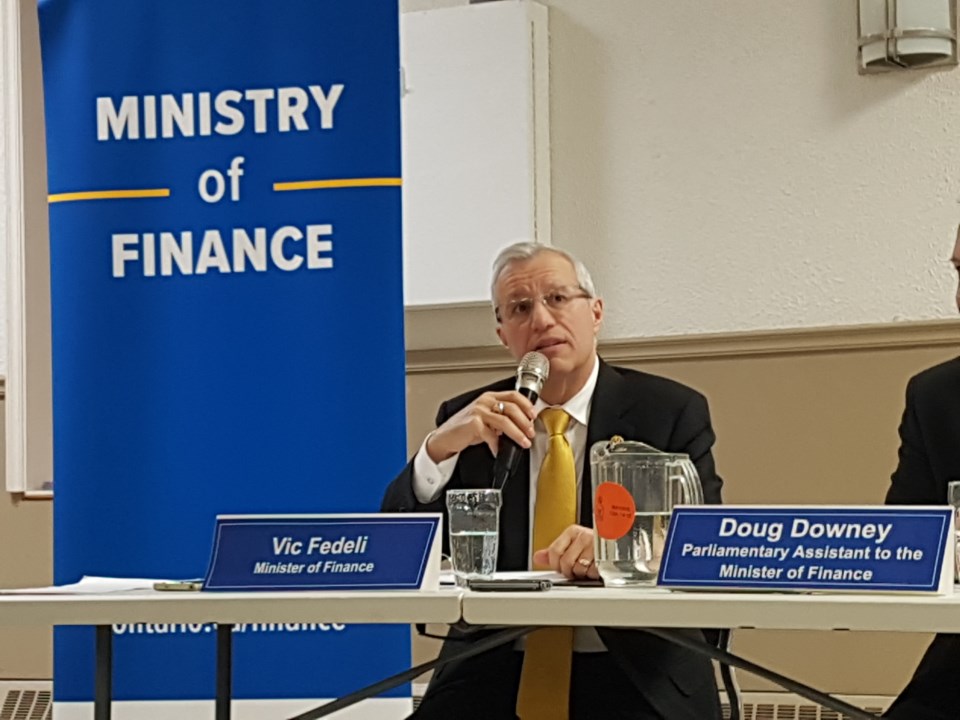 Nipissing MPP and Finance Minister Vic Fedeli believes teachers are jumping the gun.  Fedeli was responding to a protest held outside his constituency office last week where an entire block of downtown North Bay was blocked off for the peaceful protest.

However, during Thursday’s protest, teachers voiced concerned over cuts to some programs along with the province increasing class sizes.  Some even worry that Ontario will go back to the 90’s when education cuts under Premier Mike Harris, angered the province’s educators.

“That’s why we are out here early today to get our message out that we do not want a return to Mike Harris’ agenda of cutting education, those funding cuts from that time. We are still not recovered from those cuts and we do not want Mr. Ford to go down that path,” Parker Robinson, vice president of the OSSTF District 4, said during the protest.

Fedeli believes that’s not the case.

“There is a lot of fear mongering and a lot of speculation and there’s a lot of what if they do this, so they are out protesting before there is anything to protest about,” said Fedeli.

"So it is their right to do that unfortunately I was in Thunder Bay and could not be there to talk to them by I have arranged meetings with three of the groups. I think we are meeting this and or next month so we will continue to hear what they have to say but they should also know that we have been working through our consultation process to listen to the people about education but they should also realize everything we do is for the people.”