Exploring and comparing with Vin

This week in Wine All The Time, Vin takes us through some special and limited time offers available at the LCBO
0
Mar 23, 2019 10:00 AM By: Vin Greco 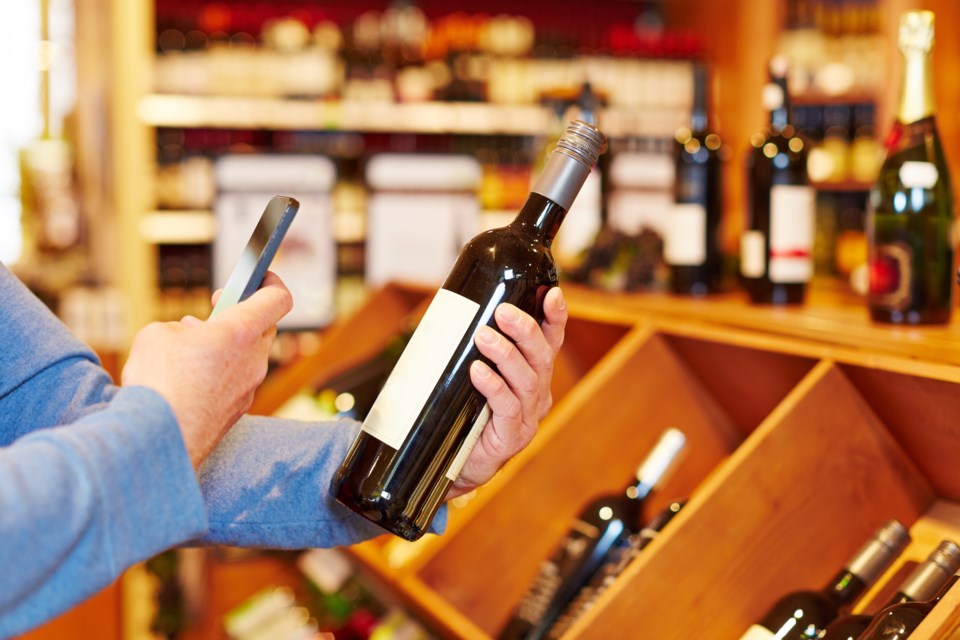 Every month, the LCBO has what it calls “ Limited Time Offers.” The current period runs until March 31, and in April there will be yet another batch brought forward.

The discounts are modest, but can be 15 per cent to 20 per cent in the case of some products. Crown Royal Bourbon Mash Whiskey, normally $37.95, is actually $8 off at $29.95. This whiskey was considered one of the “Top 100 Spirits for 2018” by the Wine Enthusiast magazine last December.

Crown Royal Apple, regularly $29.95 is only $2 off at $27.95. Why the difference? I was informed that at the end of March, the Bourbon Mash would be de-listed, gone from the shelves. Now is the time to try an exceptional whiskey at a bargain price, or risk not trying it at all.

Leaving whiskey aside, the LTOs represent a chance to do some exploring.

Many people find the over-all selection at the LCBO somewhat daunting. Faced with all kinds of choices, and not knowing much about them, wine buyers often default to the wines with which they are already familiar, rather that risk disappointment if a new choice ends up being a dud.

We can always do our homework, checking out the list of products on offer at LCBO.com. If we see wines that seem interesting, we can do some on-line research before we buy.

But lets face it: that can be a lot of work, and all we want is a nice drink of wine.

Still, with a few dollars off here and there, maybe this is the time to pick up a selection of wines in a particular category, and see whether or not we can expand our field of interest.

The 19 Crimes example is surprisingly rich with ample tropical fruit and even a butterscotch note, all brought into focus with good acidity at the end. It is a good buy at this price. It also has 16 per cent alcohol by volume, and so it is very heady, indeed.

Chardonnay is known for being versatile, capable of being massaged into a range varying from simple and crisp to lush and oaky, and everywhere in between. In between… and beyond, which brings us to the Jacob’s Creek Double Barrel Chardonnay.

The result is a white that is quite sharp. There is fruit here, but it has a tart aspect, with a finish that is tangy and woody. It just doesn’t float my boat.

Recently there has been a bit of a trend with red wines such as Cabernet Sauvignons and Zinfandels to age the fermented wine in various types of whisky barrels. All in all, they are more effective than this one-off chardonnay.

The same 19 Crimes that gives us the Hard Chard has several different reds, including The Uprising 2018 red blend, $2 off at $16.95, which is finished in Rum barrels. With 15 grams of residual sugar per litre, it still qualifies as dry according to the LCBO. The effect is to emphasize the fruit, and the ‘rum’ character is clearly detectable- in all, it is a tasty wine, though the rum influence is something I need to accommodate in my general expectations.

The 19 Crimes line of wines, which began wit their Shiraz/Durif blend, pays homage to Australia’s transported “founders”, individuals who were shipped off from England for having committed one of the 19 Crimes – many of which we would consider bizarre; for example “Imitating an Egyptian” or engaging in a ”Clandestine Marriage.”

There is tremendous marketing associated with this line. You can download an app, which, when you point it at the wine label, results in the person depicted on the label telling you his or her story. Alternatively, you could just check it out on their website.

Getting back to Chardonnay, if you are interested in exploring, one of the best bets would be the Torres Organic Chardonnay Reserva from Chile, $2 off at $11.95. This will be lighter in style, emphasizing purity of fruit. It ticks all the boxes with decent length and depth, a kiss of oak, and flavours of apple, melon and citrus.

Kicking it up a notch is the Sonoma-Cutrer Russian River Ranches Chardonnay in Vintages. It is $3 off at $24.95. At the winery, it retails for $28 U.S., and so this is good value.

Sonoma-Cutrer specializes in Chardonnay. Expect some sophistication and excellent integration. The wine is aged sur-lie in barrels, which contributes to the texture. The fruit is fresh apple with the oak contributing a toasted nut element, and all comes together with good natural acidity.

If the 19 Crimes Uprising caught your attention, you might also consider California’s Ménage à Trois Midnight Dark Red Blend 2017, a combination that is primarily Merlot, with significant portions of Cabernet Sauvignon, Petite Sirah, and Petit Verdot. It has 9 grams of sugar per litre, less than the Uprising, and is velvety smooth. $2 off at $16, it promises to provide some bold and earthy notes along with ripe blackberry fruit, dark plum, and the suggestion of mocha.

You can always seek out other varietals to try, comparing wines from different sources, or you can try wines made by the same producer, but at different price points. For example, Borsao in Spain has its entry level Garnacha on for $9.95 currently, and in Vintages, you can find its Tres Picos at $19.95. What does an extra $10 get you? Buy them both and find out.

Luzada Albariño 2017, $14.95, is a Spanish white perfectly suited for summer and for seafood. Whatever citrus flavour you can think of will likely swim up at some point as you taste this zippy white. Totally refreshing, consider it for your patio and barbecue this summer. You can buy it now –it will keep!

Velenosi Villa Angela Pecorino 2017, $15.95, is the latest vintage of this white from Marche to reach our shelves. Writer James Suckling acknowledges a “layered and flavorful white with cooked lemons and apples…Full body. Delicious finish.”- 91.

Matchbook Old Head Chardonnay 2016, $17.95, is another Californian well worth trying. Jim Gordon of the Wine Enthusiast commented on the terrific improvement this wine has been making in recent years. He writes, “A very soothing mouthfeel and generous, but not overt, flavors make a great combination in this creamy, yummy and full-bodied wine,” – 92.

Two Rivers Convergence Sauvignon Blanc 2017, $19.95, continues the on-going excellence of Sauvignon Blancs from the Marlborough region of New Zealand. “Powerful yet elegant”, “stylish” , “gorgeous aromas”, and “intensely flavoured palate” are some of the terms Sam Kim of wineorbit.co.nz lavishes on this wine -95

Hunawihr Kuhlmann-Platz Vielles Vignes Pinot Gris 2017, $20.95, is a rich medium sweet wine from Alsace. There is a beautiful viscosity, as evidenced in the “legs” or “tears that will run down the side of the glass after you’ve tipped it. The fruit comes across as a rich dried apricot, and there are smoke and spice notes, as well. If you want a white with wonderful balance and ample flavour, try this one.

Señorio De La Antigua Finca Cabanela Mencía 2012, $13.95. Oh, my. A $14 wine, already over 6 years old, and carrying a 90 from the Wine Enthusiast. Mencia is a grape grown almost exclusively in Spain and Portugal, and is noted for its fragrance and berry fruit flavours . “Ripe blackberry, blueberry and prune flavors end long and earthy, with chewy tannins and balsamic complexity” was the note written in 1916. I expect that some of those tannins will now have resolved, and the wine tasting even better than it did then.

Zenato Bardolino 2017, $15.95, is a red from the Lake Garda region in the Veneto. We are accustomed to Valpolicella wines, and ripassos from the region, but Bardolino can give us a freshness and combination of flavour and lifted brightness that makes it a perfect red for casual enjoyment. Pasta or Pizza, anyone?

Chateau Joinin 2016, $16.95, is a Bordeaux red that, despite of its low price, will deliver amply. You should lay it down for a few years, to allow the rich tannins to soften and let the dark fruits shine.

D’Arenberg The Footbolt Shiraz 2016, $18.95, is from a great Vintage in the McLaren Vale region of Australia. When you can find a wine under $20 that will improve with a little bottle age, it is worth snapping up, and that is the case with The Footbolt. It has consistent fine reviews which acknowledge the abundant fruit and significant spice notes. It has the stuffing and structure to reward a little patience. If you like fine Shiraz, buy this one.

Riposte The Dagger Pinot Noir 2017, $22.95, from Australia’s “cool climate” Adelaide Hills is vibrant, rich, and ready to drink, with bright dark cherry fruit balanced by tangy spice and pepper notes. It gets consistent reviews in the 90’s.  The emphasis is clearly on quality…and enjoyment.