End of an era. CTV closes its North Bay location

CTV will continue to have a minor presence in North Bay with the three remaining employees working from home
May 29, 2020 2:53 PM By: Jeff Turl 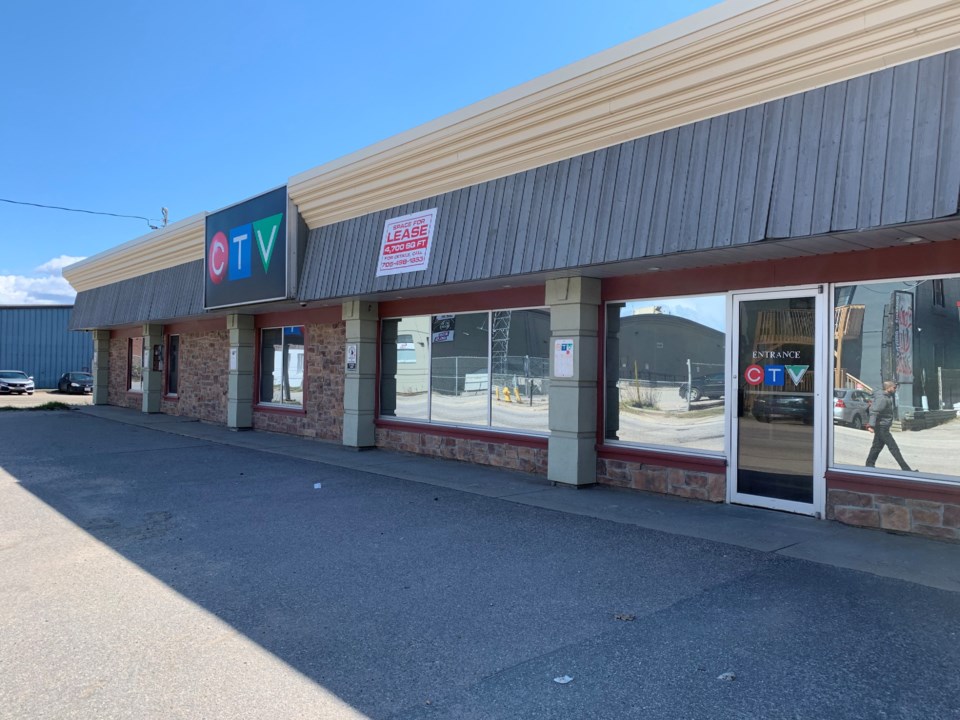 CTV has left its longtime Oak St. home and the building is up for lease. The three remaining employees will work from home. Jeff Turl/BayToday.

No fanfare today as CTV quietly closed its Oak St. location after more than 50 years.

In its heyday in the late '90s, the building housed 55 employees in what was then Mid Canada Television/CHUR, better known as MCTV.

Today that number has dwindled to just three, two reporters and a commercial cameraman/editor, with no brick and mortar presence.

Hundreds of thousands of dollars were raised at various telethons over the years including Lion's and Easter Seals and hundreds of locals got to perform in them. The building hosted interviews with prime ministers, premiers, and just the guy down the street who wanted his voice heard. Sports figures often stopped in for interviews and hundreds of children remember A Visit with Santa.

Back in the '70s, it housed CKNY TV, owned by Cambrian Broadcasting (Northern Cable) before being merged in 1980 with Mid Canada, owned by Conrad Lavigne of Timmins.

Cambrian held the CTV affiliates in North Bay, Sudbury, and Timmins. Mid Canada was the CBC affiliate in the same cities. In North Bay it was CHNB.

Both companies were near bankruptcy at the time, and the merging was allowed by the CRTC as a way to "twin-stick" the cities and keep television alive in the north.

In 1990, Northern Cable sold MCTV to Baton Broadcasting which promised more employees, better equipment, and increased programming for the north as part of its "promise of performance."

That never happened and the slow decline began.

At one time, CTV North Bay had an hour-long 6 p.m. local newscast and a 30 minute 11:30 evening newscast, as well as other local weekly live programs. But Bell cutbacks eliminated those, and the live newscasts for North Bay, Timmins, and the Soo all became just one, produced out of a studio in Sudbury.

Television was originally brought to North Bay by local businessmen Gerry Alger and Gerry Stanton in 1955, as a CBC affiliate with the call sign CKGN.  The studio was located in Callander. The station was later bought by The Thomson Corporation in 1960, and renamed CFCH.

In 1971 the station was acquired by Cambrian Broadcasting and rebranded CKNY, being the first and last letters of North Bay.

CTV will continue to have a minor presence in North Bay with the three remaining employees working from home.