Ben McKenzie says his crew has been troubleshooting for weeks making sure the opening of his new pop up drive-in business would be a success.
Jul 10, 2020 8:30 AM By: Chris Dawson 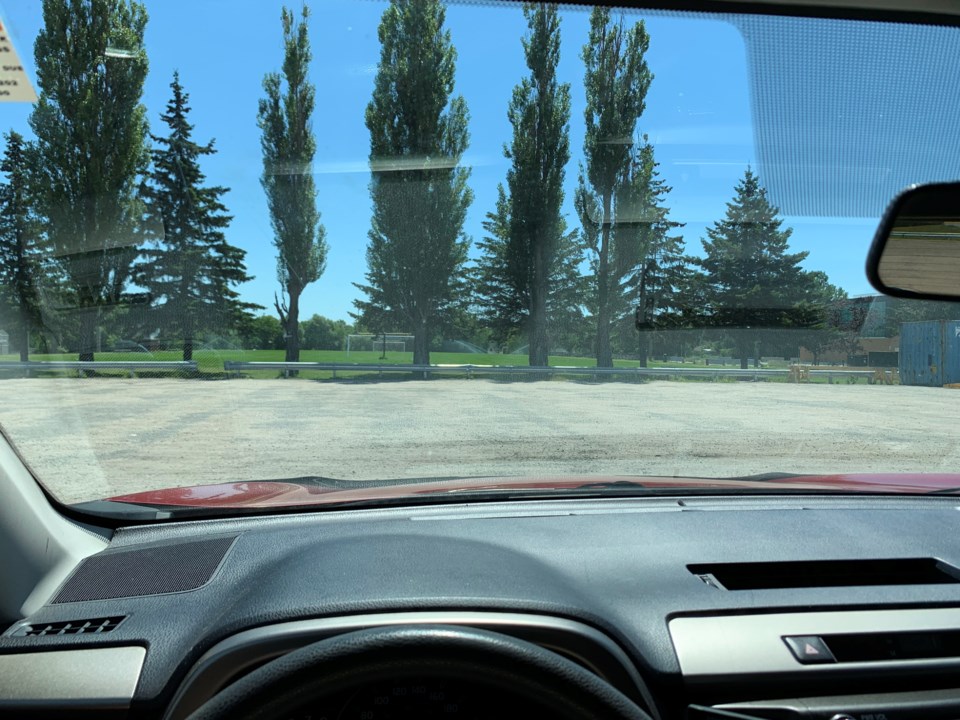 This is the view from where the giant 40 x 25 big screen will be put up at Horizon Drive-in pop up drive-in coming to North Bay Friday night. Photo by Chris Dawson/BayToday.

Ben McKenzie says his crew has been troubleshooting for weeks making sure the opening of his new pop up drive-in business would be a success.

McKenzie, a young entrepreneur from Sudbury has partnered up with his business partner Kelsey Cutinello to create Horizon Drive-In.

The owner of a TV production company based in Sudbury, was looking to find some opportunities  to get himself and his staff working again, and with some experience back in 2016 with a small drive-in business, McKenzie decided to bring the nostalgic business back to life in Northern Ontario.

His first weekend was a disappointment as the high heat led to postponements during his first event set for Sudbury last weekend.

However, Friday night McKenzie is optimistic his two movies will run on the 40 x 25 giant movie screen in the overflow parking lot at Memorial Gardens here in North Bay.  A pair of movies will play including the classic Grease movie at 9 p.m. followed by the horror Conjuring set for 11 p.m.

"Then at 11 p.m. we wanted to do a sort of newer horror movie because that also used to be a huge thing is go watch a horror movie at the drive-in so we have seen a lot of support for that as well and that is targeted more towards the younger demographic who are going to be up later who want to see a horror movie with their friends and we think it will be a great show as well."

McKenzie says they should have enough room for close to 250 vehicles and as of Thursday morning, he says they were almost 50 per cent sold out for the North Bay event.  Audio will not come from giant speakers next to the screen; instead, visitors will need to tune in through their FM radio.

"We have an FM frequency that the CRTC has permitted us to use and we will be broadcasting live on location right to peoples cars," explained McKenzie.

Drive-in enthusiasts will also be able to buy their own treats as their concession cart will go car to car selling goodies.

Tickets can be purchased through www.horizondrivein.com.

North Bay's only drive-in was located on Trout Lake Road off Giroux, but was closed decades ago.