'We kind of shifted gears and to getting the system running using the Discovery Museum and the Bus Terminal'
Jun 13, 2018 5:00 PM By: Chris Dawson 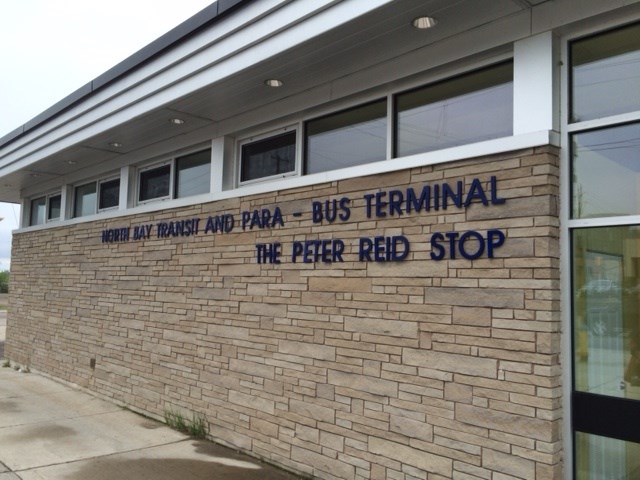 Free wifi will be housed at the Peter Reid Bus Terminal. Photo by Jeff Turl.

It has taken Sheldon Forgette much longer than he anticipated, but an idea his company, North Bay Computer Doctors, came up with in the summer of 2015 has finally become reality today.

Forgette, North Bay’s Deputy Mayor and owner of the computer service company, says as of today, wifi service will run from the North Bay Museum on Oak Street all the way up to the Bus Terminal in downtown North Bay.

Forgette says the project ran into a lot of speed bumps over the past three years and back in March it appeared the concept was close to being dead.

One problem was trying to come to an agreement with North Bay Hydro to use their poles to send the signal. That idea ended up being an extensive one.

Due to that cost, Forgette says he decided to go another direction and put the Wifi technology on some downtown buildings instead.  That concept had to get approved by North Bay CAO Keith Robicheau.

“We kind of shifted gears and to getting the system running using the Discovery Museum and the Bus Terminal,” said Forgette.

Forgette says once they got the approval it took less than two days for his company to install the equipment and test the signal which he says carries a Wifi signal strength of 30 MB down and 15 MB up.

The cost of the project was $10,000 and it can be accessed under the title “wifi park” in that area along Oak Street.

Forgette says they will monitor the signal over the summer and perhaps look at expanding it by putting antennas up on other downtown buildings.

He says the service also does not include any free advertising as users will not be driven to a North Bay Computer Doctors page once the log onto the system.