Deputy Mayor resigns from Police Board 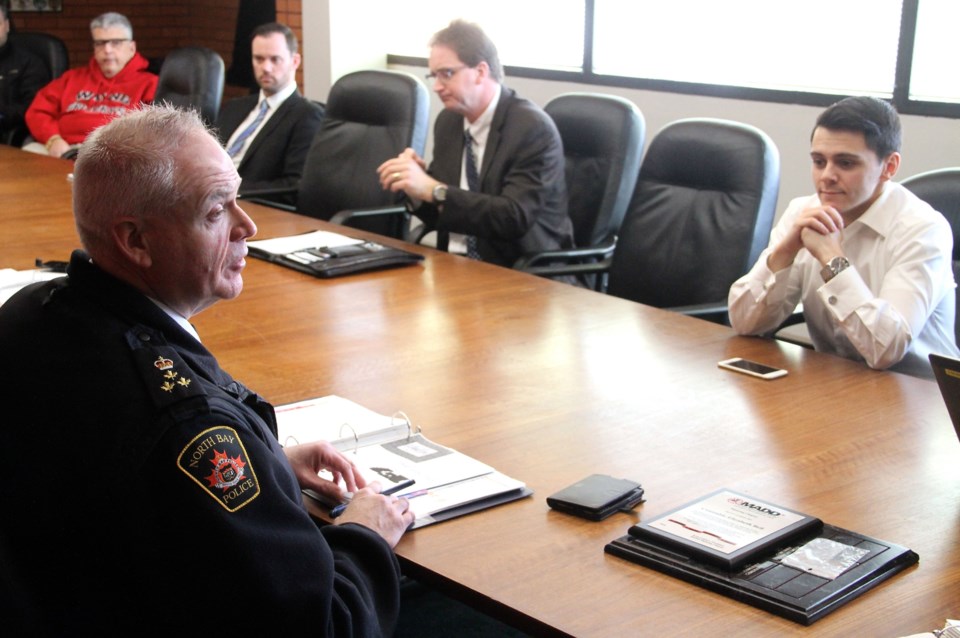 North Bay's Deputy Mayor Sheldon Forgette says he's resigning from his position on the Police Board as council's representative.

A replacement is expected to be named at tomorrow's council meeting.

Forgette says the meeting present too many scheduling conflicts.

"I haven't been able to make quite a few of the last meetings because I'm super busy," the councillor told BayToday. "Not only that I want to give another councillor who wants a crack at the Police Board a chance to serve on it."

Forgette wouldn't suggest who that might be but says he's a veteran councillor.

"I feel I've learned a lot about how the Police Service Board works and what the challenges are there. It was a good use of my time getting to know the emergency plan so if things go sour and I'm going to take over for the Mayor, then at least I know what the emergency plan is, and how we have to react to emergencies and such, said Forgette."

The council motion states, "That the email dated March 10, 2017 from Deputy Mayor Sheldon Forgette relating to his resignation from the North Bay Police Services Board be received and Sheldon Forgette be thanked for his involvement on the Board."

Forgette's appointment has faced conflict of interest criticism in the past, as his wife is a civilian employee with the police service.

The North Bay Police Services Board is made up of five members: two Provincial appointees, two City of North Bay Council appointees, and one member of the community who is appointed by City Council.