'Defunding an in-patient program that helps stabilize those dealing with addiction will mean more people will die'
0
Dec 17, 2019 3:00 PM By: Chris Dawson 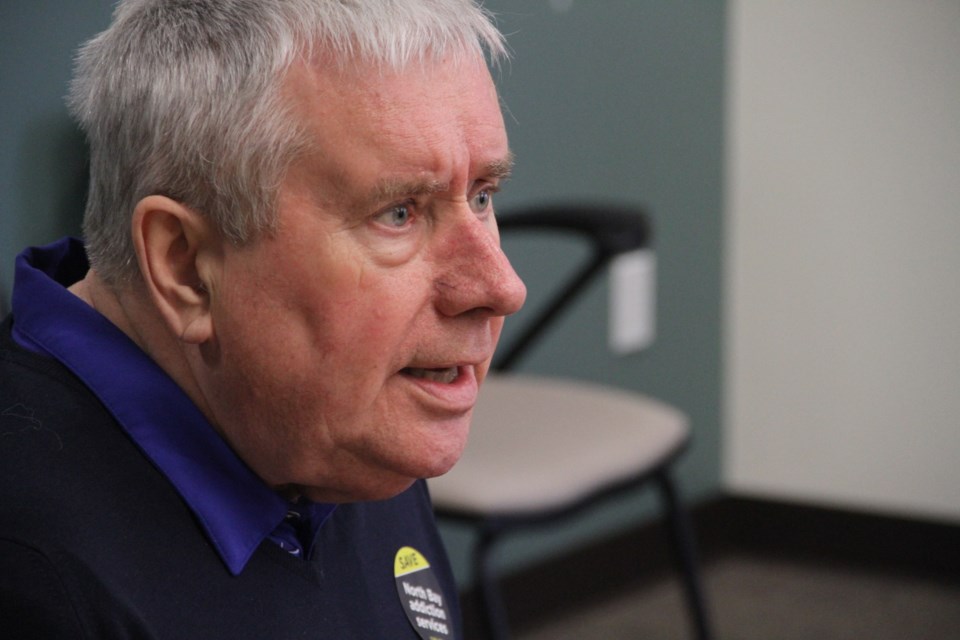 Michael Hurley, president of CUPE's Ontario Council of Hospital Unions, speaks to the media at an event on Tuesday. Photo by Chris Dawson/BayToday.

Michael Hurley believes that cuts are coming to a key program at North Bay Regional Health Center (NBRHC) that vulnerable individuals rely on.

The president of CUPE’s Ontario Council of Hospital Unions (OCHU/CUPE) held a press conference Tuesday afternoon to outline the concern.

Hurley warns an in-hospital residential addiction and detox program at the North Bay Regional Health Centre is on the chopping block.

"The staff were called in late last week along with their union and were told that sometime midway through 2020 that residential program would close," said Hurley.

"That location has 29 residential treatment beds for people who are suffering from addiction."

Hurley says that is a huge concern for the community as statistics indicated there have been 138 reported drug-related overdoses in the arena since May of 2019.

"Defunding an in-patient program that helps stabilize those dealing with addiction will mean more people will die," said Hurley bluntly.

"There is substantial evidence that people with addictions have a much better chance of getting clean if they receive residential care and supports."

Hurley says they are planning to hold a rally to try and stop this from happening.  He's urging Nipissing MPP Vic Fedeli to step in and secure the funding to keep the program operating.   A vigil ceremony is planned for December 23 outside Vic Fedeli's office along with another hospital workplace action to be organized early in the new year.

"Our government is delivering real action by investing a historic $3.8 billion over the next 10 years to build a comprehensive, integrated and connected mental health and addictions system," he said in a statement to the media Tuesday afternoon.

"This is a reinvestment in community addiction services to help more people access addictions help.  Any suggestion by OCHU to the contrary is simply dishonest and shameful."

"OHCU/CUPE’s comments are based purely on speculation, while our government focuses on the facts," said Fedeli.

"The fact is this - the health care budget is being increased $1.9 billion, including an additional $384 million for hospitals.  Here in Nipissing, our government has demonstrated its commitment to ending hallway health care by providing more than $4.5 million in added funding for the North Bay Regional Health Centre this past year.  Our government made clear our commitment to an efficient, stable hospital system that ensures patients receive timely access to quality health care and is looking forward to making necessary improvements to deliver on that commitment.”