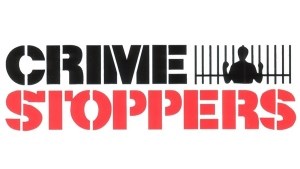 Near North Crime Stoppers is reporting it received a record of 919 new tips in 2020.

Officials say more than 72 per cent of all tips received were submitted anonymously via web tips to nearnorthcrimestoppers.com.

January is Crime Stoppers month around the globe and this year's theme is 'Helping All Communities Stay Safe.'

The foundation of Crime Stoppers is the partnership between the community, law enforcement and media. Crime Stoppers works to educate the public and create awareness on illegal activities in an effort to help promote the Canadian values of safety, empowerment and inclusion.

Creating awareness and mobilizing Canadians in reporting suspicious or criminal activity anonymously requires a network of partners working together for a common end.

"Board statistics show that, since inception in 1988, nearly $52 million in illegal drugs have been recovered by police, thanks to anonymous tips received through Near North Crime Stoppers," stated Cazabon in a release.

Near North District Crime Stoppers Police Coordinator, Jean Lemieux, points out that tips received have led police to recover a substantial amount of illegal drugs and stolen property this past year.

Anyone with information about any criminal activity can 'Say it Here' by calling 476-TIPS (8477) or 1-800-222- TIPS (8477). The secure, encrypted online tip form is also available 24 hours a day, seven days a week at nearnorthcrimestoppers.com