'The four messages combined come from years of work with parents and the ideas bubbled up from the parents themselves'
0
Feb 12, 2020 5:00 PM By: Chris Dawson 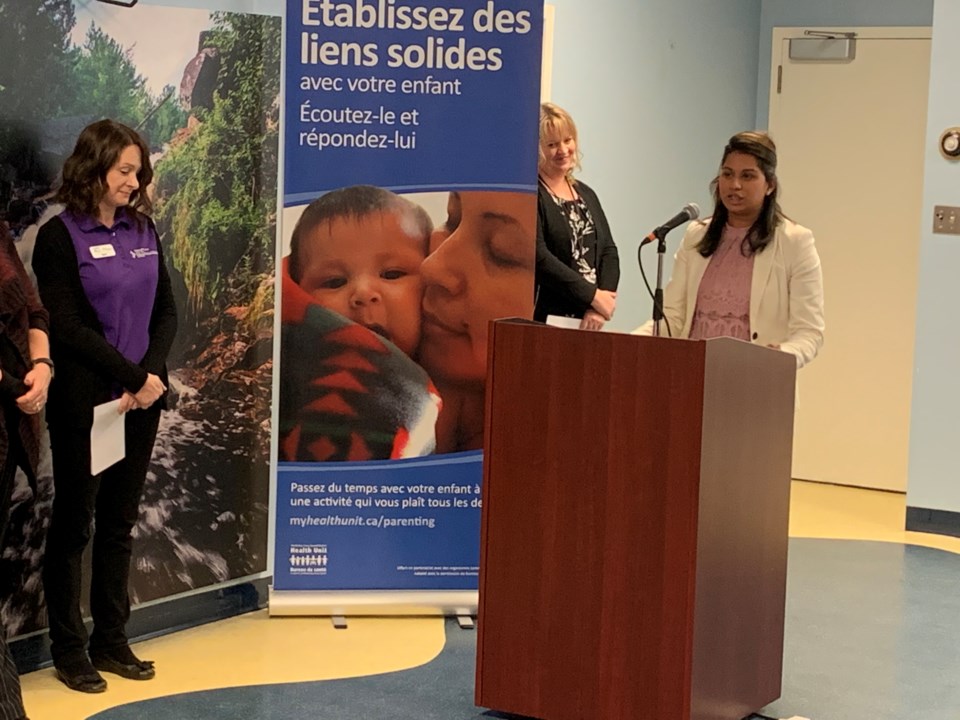 Karen Lemieux speaks to the public during a Parenting Campaign press conference at the Early Years Centre today (Early ON). Photo by Chris Dawson/BayToday.

Karen Lemieux admits being a parent of three children can be overwhelming.

"I just feel as adults we need a break too and if we take time for ourselves it just makes us better parents," said Lemieux who took a 10-day vacation to Mexico with her husband.

She feels being able to recharge is important.

"We tend to have more patience, it puts us in a better mental state too so we can provide our best to our children," said Lemieux.

This mother of three was one of a handful of speakers at the Early Years Centre on Chippewa Street.

The event was the launch of a new Parenting Campaign which touches on four main topics which will be the focus over the next few months. In February, the focus is to "Listen, Respond and Connect." March the topic is to "Recognize your Emotions."  In April the topic centre's around "Letting your Child Play" and May the focus is "Parents taking care of Themselves."

Organizers hope the messages introduced will help raise awareness for parents and caregivers about children’s needs to feel safe, secure and loved.

"The four messages combined come from years of work with parents and the ideas bubbled up from the parents themselves," said April Porter, Manager of the EarlyON program.

"So we really tried to take their thoughts, their feelings and incorporate it into four key messages that we can express and that they have expressed to us."

Porter says the Early Years Centre is a great spot for parents and young children.

"We are all about play here at Early On so we really need to promote connecting with the children at their level and engaging in inquiry-based learning and what they want to learn about because if they are interested in it they are going to do it so from a very early age it is important that we promote that," she said.