'There is no fix in the North despite most people thinking Sudbury is favoured. North Bay was not invited to bid and we’ve never really been an industrial town, but Timmins would benefit greatly and so would we'
0
Jan 17, 2018 2:30 PM By: Ryen Veldhuis 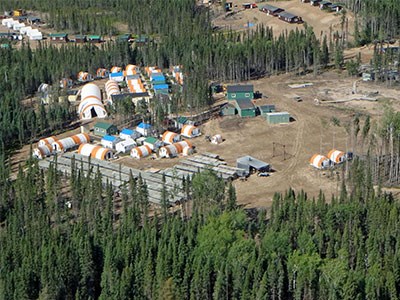 The Ring of Fire has been a hot topic in Northern Ontario, but with Noront Resources—the biggest mining player in the Ring of Fire—looking at Sudbury, Sault Ste. Marie, Timmins and Thunder Bay/Fort William First Nation to build a ferrochrome smelter, local politicians have agreed to throw their support behind one of the options.

Brought forward by Coun. George Maroosis, a motion was presented to fellow councillors last night to support the bid for Timmins to receive the Noront Ferrochrome Processing Facility.

The motion recognizes the importance of the development of the Ring of Fire for economic growth in Northern Ontario; it reads having the facility in Timmins would provide a good anchor client for Ontario Northland to ensure long-term success.

However, Maroosis did address concerns that North Bay wasn’t on the list of selections for the ferrochrome processing facility, saying we didn’t even get a chance.

“North Bay was not asked to bid on this project,” he said, but also addresses the concerned that the choice of location would be Sudbury without any chance for other bidders. “There is no fix in the North despite most people thinking Sudbury is favoured. North Bay was not invited to bid and we’ve never really been an industrial town, but Timmins would benefit greatly and so would we.”

Voices around the table, including councillors Mark King, Mike Anthony, and Jeff Serran echoed the positive impact a ferrochrome facility in Timmins would have on Ontario Northland, but King also voiced his concern that he believed the choice might already be made.

“We know the mayor of Sudbury is in Finland reviewing a smelter,” he said. “If I was betting I would say it would be placed in Moose Mountain north of Capreol. The Minister of energy is also in Sudbury, so it’s likely going there.”

However, concerns didn’t stop council from unanimously supporting the motion to voice North Bay’s desire to see Timmins win the bid, resolving that a copy of the resolution be sent to Premier Kathleen Wynne, Minister of Northern Development and Mines Michael Gravelle, MPP Vic Fedeli, as well as members of the opposition and the Northeastern Ontario Municipal Association.

Human remains those of missing Temiskaming Shores man
May 28, 2020 11:30 AM
Comments
We welcome your feedback and encourage you to share your thoughts. We ask that you be respectful of others and their points of view, refrain from personal attacks and stay on topic. To learn about our commenting policies and how we moderate, please read our Community Guidelines.