'I want the federal government to get as many vaccines as humanly possible — get them to the provinces across the country — so that they can get dispensed in Ontario, through the health units so we can start to see a higher number of people vaccinated.'
May 6, 2021 1:00 PM By: Stu Campaigne 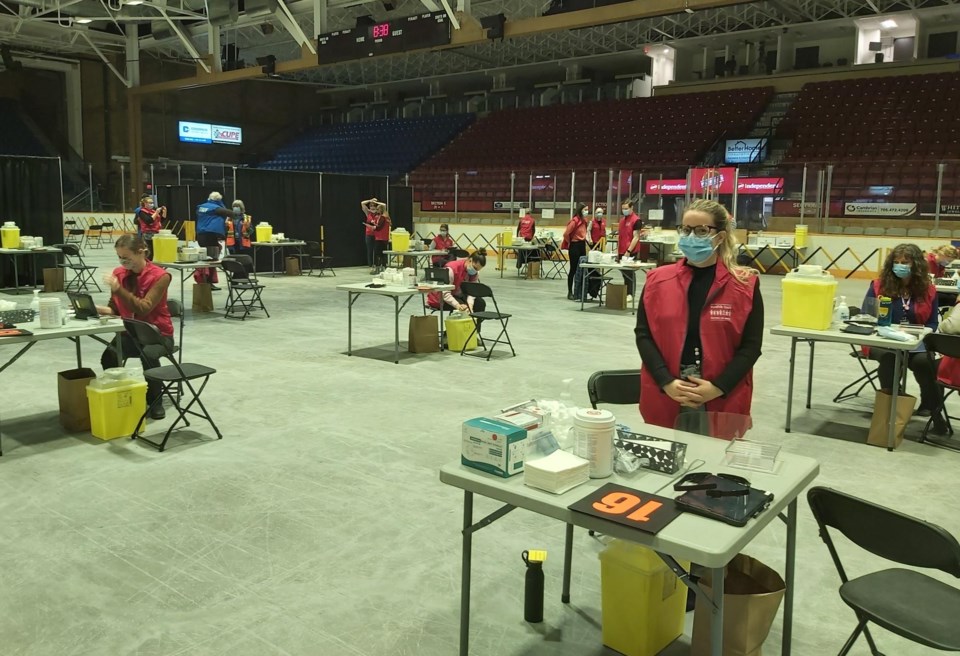 North Bay City Council has unanimously backed a resolution urging the Government of Canada to increase vaccine supply in order for Canada to climb into the top five per cent per capita worldwide in doses administered by August 1.

Coun. Mac Bain, who brought the motion forward with Coun. Dave Mendicino as the seconder, noted, as of Tuesday, the national vaccination rate was at 34.22 per cent [38.6 per cent as of May 5]. "When you compare Canada, per capita, versus most of the developed countries, we're further behind."

Bain believes now is the time for the federal government to increase its efforts in securing vaccine doses. "We've got a great reputation of being friendly across the world — maybe that's to our detriment in this case. This is not to place blame, I just want our government to do better."

The motion acknowledges the role of the federal government in procuring and supplying the vaccine doses while noting the role of the provinces is to distribute. Bain observed the variants of concern are causing health care issues close to home in Ontario, across Canada and in locations around the world.

See related: Chirico says vaccine rollout has been a challenge

"I'm not criticizing the federal government. I'm not praising the provincial government," said Bain in presenting the motion during Tuesday's virtual regular meeting. "I just want us to do better. I want the federal government to get as many vaccines as humanly possible — get them to the provinces across the country — so that they can get dispensed in Ontario, through the health units so we can start to see a higher number of people vaccinated."

Deputy Mayor Tanya Vrebosch spoke about the walls she ran into with her own motion seeking to move excess vaccine doses to districts lagging behind in the rollout process.

See also: Vrebosch says send vaccines north: 'We can get them in the arms'

"I hope Councillor Bain is more successful than I was with my motion as I have heard nothing from the federal government," Vrebosch said. "We didn't receive a letter or response from our local [representative] or the Prime Minister. We did hear from the provincial level, although it wasn't the response I was hoping for," as far as improved messaging for changing vaccine-eligible age levels or groups.

Coun. Mark King took a much less diplomatic approach to the vaccine rollout.

"We have watched the federal government create a crisis in this country," with Canada far behind in per capita doses administered. "What happened here? It's hard to imagine that we could be put in this position."

King continued, noting the federal and provincial governments bickered over vaccine supply and demand while borders were left open to allow the variants to enter the country.

"Personally, I'm absolutely appalled...by the negligence of the federal government...and they're still trying to protect their record and while the motion is timely, you're speaking to deaf ears."