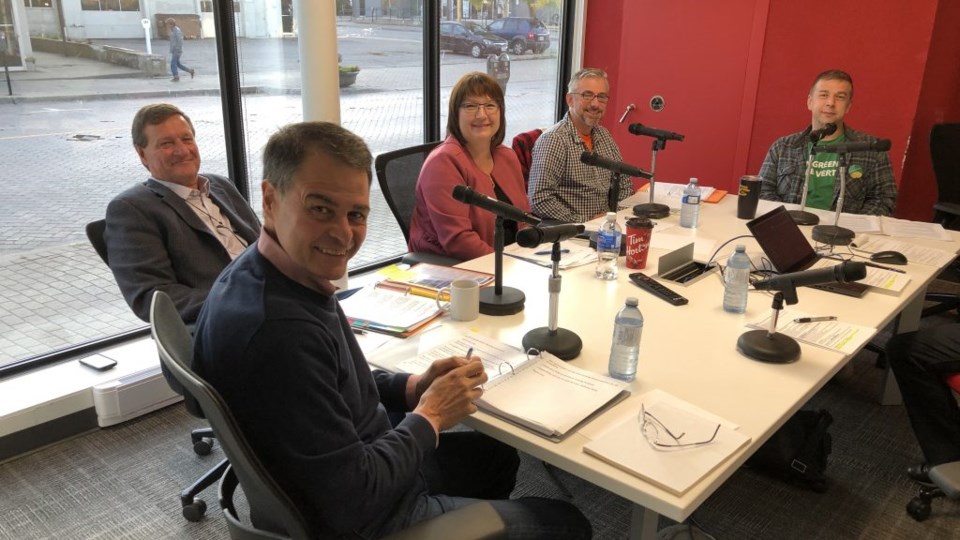 All candidates attended a debate on CKAT radio this morning. Supplied.

All five of the candidates in Nipissing-Timiskaming took part in the cordial affair.

A question about pharmacare being affordable brought about an exchange on hallway healthcare and new Canadians between Conservative Jordy Carr and People’s Party candidate Mark King.

King says immigrants are adding to the cost of healthcare while Carr called them "productive people in our society."

The NDP’s Rob Boulet says with Canada being a wealthy country there’s no reason why we shouldn’t already have a pharmacare plan.

Liberal Anthony Rota, meantime, says the question should be can we afford not to have pharmacare.

Green Party candidate Alex Gomm also weighed in on the issue saying pharmacare is affordable and has been fully costed in the Green platform.

He pointed to a variety of items like taxing e-commerce, financial transaction taxes, eliminating fossil fuel subsidies and more.

The question about proposed tax cuts and potential service cuts drew a few exchanges, with Boulet questioning King over a plan to discontinue a $1.2 billion subsidy of the CBC.

Boulet says the NDP would add taxes to the wealthy, transition to a green economy with credits and invest in pharmacare.

King says taxation is out of control and the PPC would review it.

She says 80 per cent of the middle class has seen their taxes go up by $800 under the Liberals.