Available for Christmas purchase at the library, deadline for submissions October 25
Oct 17, 2020 12:00 PM By: Dave Dale 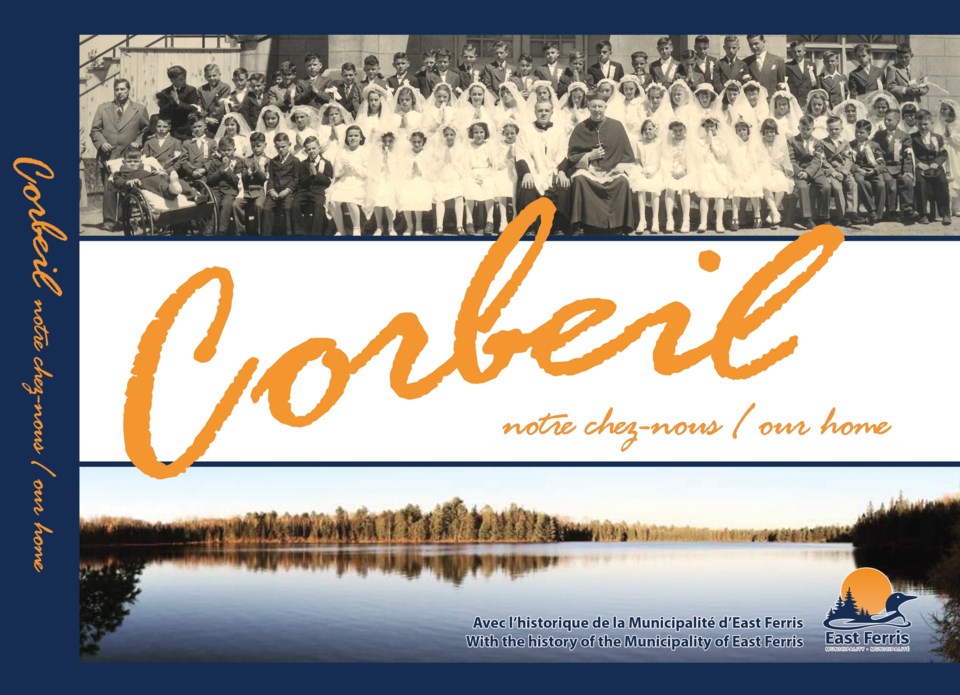 Corbeil, notre chez-nous, our home completes the set began in 2016 with Astorville, notre chez-nous. Both publications will be available for purchase at the East Ferris Public Library in time for Christmas.

East Ferris turns 100 years old in 2021 and the Centennial Celebration includes a book featuring the Village of Corbeil and the history of the municipality.

The publication is entitled Corbeil, notre chez-nous, our home and completes the set began in 2016 with Astorville, notre chez-nous. Both publications will be available for purchase at the East Ferris Public Library in time for Christmas

A description of the 350-page book explains that it tells the story of Corbeil from the perspective of the pioneering families. It builds on the history of the Algonquins, who were the first occupants of the territory, and documents the first European visitors who traveled through the region. And it describes how it was the logging and railway industries that substantially paved the way for a more permanent settlement. Government land grants also helped increase the population of the settlement nestled between lakes Nipissing, Trout, and Nosbonsing.

If you have any photos or stories to tell, contact Michelle St. Onge via email: dragonlair17@gmail.com. Photos and stories are being accepted until October 25.