'The feedback has been positive, the community and business partners like to see the officers out there and their enforcement has been on track as well'
Apr 13, 2021 5:30 PM By: Chris Dawson 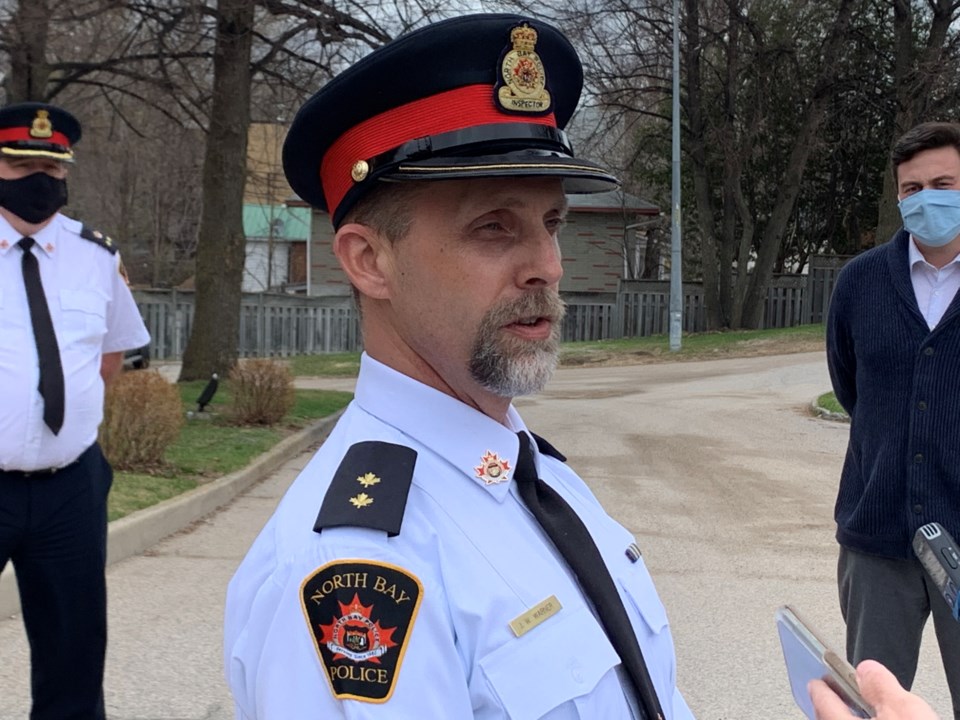 The four-person unit got its full-time start in January of 2021 but started out with only one officer and sergeant in the fall of 2020.

"The reason we started the unit was to address some of the community and citizen concerns in the downtown core. We wanted the officers to be more engaged with the businesses and the people down there," said Inspector Jeff Warner with the North Bay Police Service.

"The feedback has been positive, the community and business partners like to see the officers out there and their enforcement has been on track as well."

While the program has already kept crime to a minimum downtown, Warner admits it's hard to get a real gauge on the situation during a lockdown when many of the downtown businesses have been closed.

"We can still gauge the team based on the officer's activities that are down there, the arrests they are making with the people that still hang around down there whether the businesses are open or not,"  said Warner.

"We still do have an influx of people that are in the downtown core and we can sort of gauge the officer's activities down there based on the results they produce."

Warner says their connection to the community has played a key role in a number of investigations including handgun seizures, arsons and even petty crime and thefts.

"We have had some arsons in the downtown core which the crew unit has been instrumental in helping solve drug activity, instances like that," noted Warner.

The Unit will be trying to do even more when the lockdown ends and the weather improves.  Their role will include more foot and bike patrols but Warner would not elaborate on some of their summer operational plans at this time.