Community comes together to cover donations stolen from local restaurant 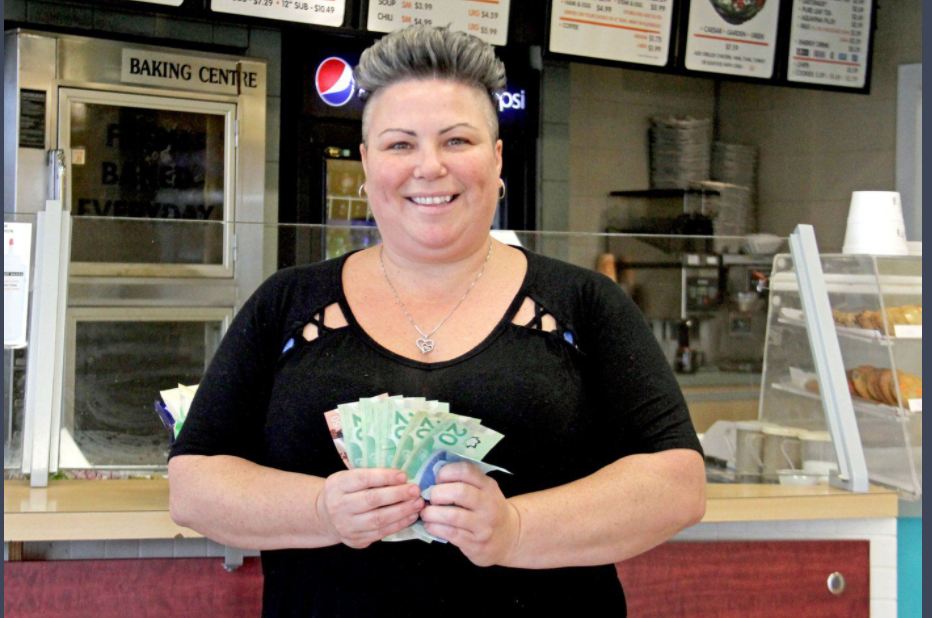 Lucie St. John is proud to live in North Bay.

St. John, who manages Between The Bun in North Bay, says her patrons have donated more than $1,600 to Outloud North Bay since a donation box containing $200 was stolen a few days ago.

“My heart just melted. He just said 'Here’s for your donation box.' I just bawled my eyes out . . . People just kept coming in with donations.”

In total, more than $2,000 has been raised for Outloud North Bay through Tip Tuesdays. St. John says her staff wear T-shirts to promote the day and even donate their tips.

As a queer person, St John says Outloud North Bay is a cause close to her heart. She wanted to help the organization, which helps create a safe space for LGBTQ2+ youth and allies.

“I grew up as a queer kid, not being able to come out,” she explains. “I never had a safe space to go to. It took me until my 30s to come out… Kids benefit from a place like this.”

“[I chose to donate] because of Seth and his journey,” she says. “He’s fantastic . . . He showed me right away that he was so passionate about it. He put his heart into it.”

Compton describes Outloud North Bay's space at 207 Ferguson St. as a place “that I’ve created for kids in my community where they can come be themselves, spend time with their families and other kids just like them.”

Compton, who is a transgender man, started his transition 15 months ago. He says if he had a safe space like Outloud years ago, his situation would have been different.

“I wasn't educated,” he admits. “I didn't have people that I could relate to.”

Its hosted virtual coffee house over Zoom every Sunday. Participants use a password to get in and are not required to show their face to make it a safe place for everyone.

“So I pour myself a coffee and we talk about our week, what we are struggling with and things that we are doing to cope with being isolated,” Compton says. “I've had a lot of parents tune in saying ‘Hey, we are isolated. What do I do with my kids for this?' or 'How am I going to deal with that?’”

Compton estimates hundreds of people have reached out, including kids from across Canada, as well as from Australia, Brazil and the Philippines. Parents, he says, have taken the time during quarantine to educate themselves to better understand their kids.

“A child who could escape from that bad home environment when they could go to school suddenly could not,” he says. “That wasn't available to them anymore. They were always in that bad environment.”

Outloud was created as a learning environment for families and allies, as well offering a space to ask questions and learn from one another, says Compton. He also hosts educational workshops for parents.

A membership is not required to be a part of Outloud and neither does being queer says, Compton.

While the space focuses on accepting all gender identities, Compton says the main focus is to treat people as human beings.

“I know there are a lot of people out there who fight for that label, but I think we should take a step back and say 'Let's just be who we are and try to support that.'”

Compton is working to register Outloud North Bay as a charity. In the meantime, has been using his own personal funds, as well as donations from local supporters such as Between The Bun, Terry’s Place, Hoagie’s Diner, St. Andrew’s United Church, North Bay Property Shop, The Studio North Bay, The Painted Lady and Uniquely Debbie.

Barnes says one of the silver linings of social distancing is that social media has become a great platform to reach out to potential donors, as well as to connect with more people looking for support.