Colton Point adjusting to life as a pro

'When hockey is the only thing in your life it does get hard sometimes so you have to learn how to fill your time and always be prepared when you get to the rink'
0
Aug 22, 2019 4:30 PM By: Chris Dawson 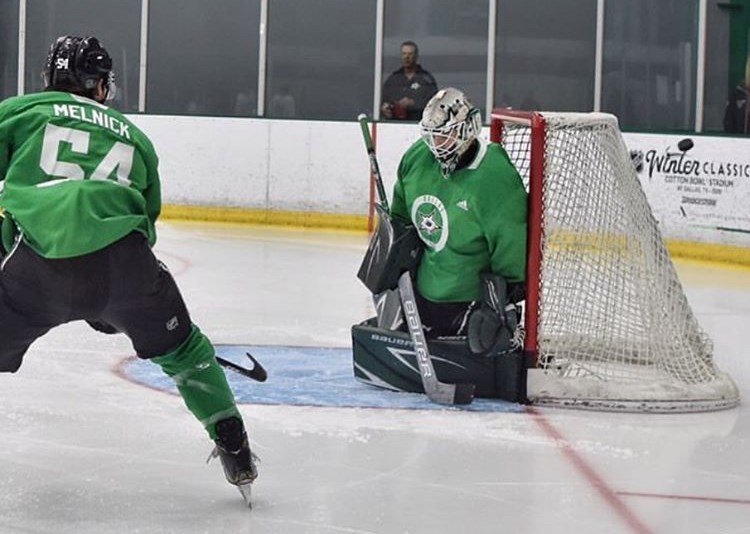 It was an up and down year literally for North Bay goaltender Colton Point.

The 21-year-old Dallas Stars prospect split the year between the Texas Stars of the American Hockey League and the Idaho Steelheads of the ECHL.

It was a learning experience for Colton to take in the reality that he was not a professional hockey player.  That was a tough adjustment for the former Colgate NCAA netminder.

“In college or junior, you can maybe hide behind other people and get away with stuff but in the pro ranks you have got to bring it every day, every day is almost like a tryout,” admitted Point during a phone interview earlier this week with BayToday.

“That was a big adjustment because at college you have got school to focus on all day and then you go to the rink and do your thing.  When hockey is the only thing in your life it does get hard sometimes, so you have to learn how to fill your time and always be prepared when you get to the rink.”

In seven games in the AHL with Texas Stars, Point sported a 3.77 goals-against average and a .857 save percentage, while in 13 games with the Idaho Steelheads of the ECHL he had a 3.28 GAA and a .887 save percentage.

Point is hoping to improve on those numbers this fall. He has been working hard this off-season with former NHLer and fitness guru Gary Roberts at St. Andrew’s College in Aurora.

“Just to continue to get stronger and faster that is the big thing and coming in with a fresh slate, new year, and last year is behind me and I do not have to worry about that ever again,” said Point reflecting on his rookie season in pro hockey.

“So coming in with a fresh mindset, just worry about stopping pucks. I have not been told where I am starting at but that is fine because I am happy to go anywhere they tell me to go and just play my game.  You get opportunities and you have to make the most out of them.”

And Point will need to be better. Jake Oettinger, a 2017 first-round NHL pick by the Stars, is making the jump from college hockey to the pro ranks in the Stars organization this fall.

Due to Oettinger’s first-round pedigree, many feel Point will need to impress even more in the minors to prove he is their real top goaltender prospect.

But he knows that will not be easy.

“It is strange to say this, but to beat someone out you have to not think about it” noted Point, who is less than a year older than Oettinger.

“You really need to be self-focused and you have to not think about beating them out. Be self-focused do what you need to do and controlling what you can control. If I am worrying about what he’s doing or what other people are doing, at the end of the day it is only going to affect me in a negative way. We will both get opportunities, people get shuffled around all the time. It is one injury away from going somewhere else. It’s a rough sport, people get hurt so just making the most of every moment every chance you get.”

Oettinger and Point will be teammates in early September as the Dallas Stars are sending a prospects team to Traverse City, Michigan for the 10-day, eight-team prospects tournament prior to the start of NHL main camps.

Point did find out about the reality of minor pro hockey as he was even forced one day to travel from Utah to Winnipeg for a game without having packed any winter clothing.

“I got called up to Winnipeg and it was -35 degrees and I had no winter coat for about five days and I only had dress shoes and sneakers, so no boots or warm pants,” the 2016 Stars fifth-round pick recalled.

That is something Point plans to be ready for in 2019-20, perhaps even the call from the Dallas Stars to dress for his first NHL game.

“You know it is coming at some point,” Point said about surprise callups.

“You are never going to have a season where someone doesn’t get hurt. It is something you have to mentally prepare yourself for. It can be hard, I struggle with it a little bit at first but as you get used to it and get into your first pro year and coming into my second year it is something I am more and more ready for.”