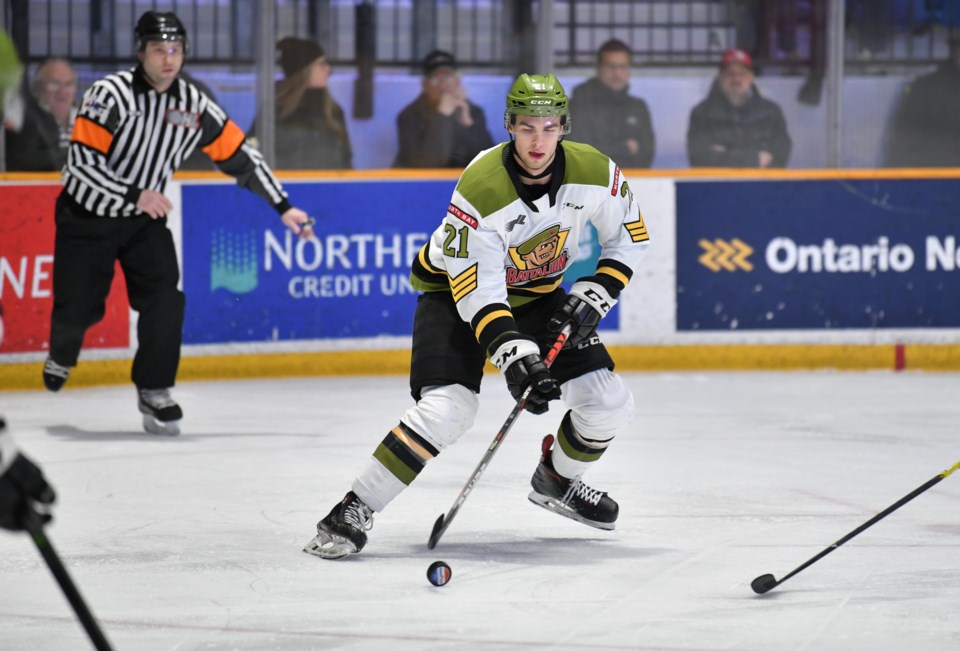 The 6'4" Toronto product has been ranked 47th in North American Skaters for mid-term rankings which were announced on Monday.

“It’s nice for Brandon to be recognized for the upcoming draft, with having lots of room the rest of the year to climb the list,” said interim coach Ryan Oulahen.

“He’s been a big offensive contributor for us this year. We’re really excited for what the future holds for him.”

The top-rated OHLer is centre Quinton Byfield of the Sudbury Wolves at No. 2, followed in the third through fifth positions by defenceman Jamie Drysdale of the Erie Otters, centre Cole Perfetti of the Saginaw Spirit and centre Marco Rossi of the Ottawa 67’s respectively.

Coe, who has 15 goals along with 21 assists for 36 points in 38 games with the Battalion this season, was also recently named to participate in the CHL Top Prospects Game which takes place this Thursday night in Hamilton.

Adam Dennis, Battalion General Manager, was thrilled about the news relating to the prospects invitation earlier this month.

"First and foremost I think it means a lot to Brandon and his family. I know that they have worked hard to get here and it takes an army so, no pun intended, we are the Battalion and we are just as happy for him," said Dennis.

Early in the season, Coe was identified at a B rating player on the early "Player to Watch" list released in the fall by NHL Central Scouting.

Due to Coe's late birthday, he was not eligible to be taken in the 2019 NHL Entry Draft.