Close to a million reasons for city to celebrate OFSAA

'I think over the last three years the region has probably hosted more events than any other region in the province, aside from Windsor.' - Larry Tougas, North Bay Sports Tourism Coordinator.
0
Jun 5, 2017 2:00 PM By: Chris Dawson 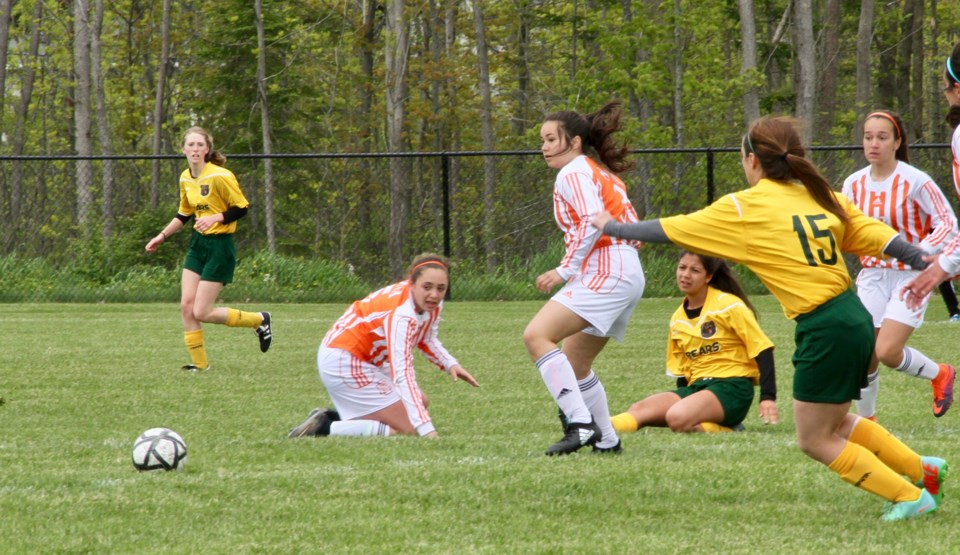 Organizers of the giant OFSAA soccer tournament are pumped with how smoothly the event ran this past week.

More than 35 teams and 900 athletes took over North Bay and its eight of its soccer fields as part of the boys and girls high school provincial tournament.

“You set the plan in place but a lot of the things that happen is put together by other people, so you set everything up months in advance and all of a sudden you are bombarded in four days with everything and it gets multiplied,” said Tyson Brear, OFSAA soccer co-convener.

Larry Tougas, the City Sports Tourism Coordinator, says the final tallies are not in yet but he figures the economic impact is significant.

“I think in the last two years we were in the neighbourhood of $850,000 but this one will be a little bit more we think just because there is more expense involved every year but it is going to push from $900,00 to $950,000 in that neighbourhood,” said Tougas noting the official numbers should be released in mid June.

Tougas says North Bay is making a name for itself, saying with all the various OFSAA’s that have been hosted here that the Gateway City is getting the nickname as the new OFSAA Capital.

“I think over the last three years the region has probably hosted more events than any other region in the province, aside from Windsor,” said Tougas.

“We just tend to go a little bit beyond the call of duty to make the teams more welcome,” boasted Tougas.

“Our banquet was a phenomenal event, but that is all about the North Bay Battalion and how they serve the food. We were out of the banquet in less than two hours which is unheard of.”

As for the soccer venues, Tougas and Brear admit that many of the southern Ontario teams were impressed with the eight quality grass and turf soccer fields utilized during the week.

The smoothly run event comes a year after organizers struggled with accommodations during the 2016 OFSAA soccer tournament hosted here in North Bay.

Bob Wood speaks out about Alzheimer's
Jan 23, 2020 1:00 PM
Comments
We welcome your feedback and encourage you to share your thoughts on this story. We ask that you be respectful of others and their points of view, refrain from personal attacks and stay on topic. To learn about our commenting policies and how we moderate, please read our Community Guidelines.