“We are very confident, ticket sales are already going well already and with this media launch we expect we will increase that substantially in the next few days.”
Apr 18, 2016 2:01 PM By: Chris Dawson 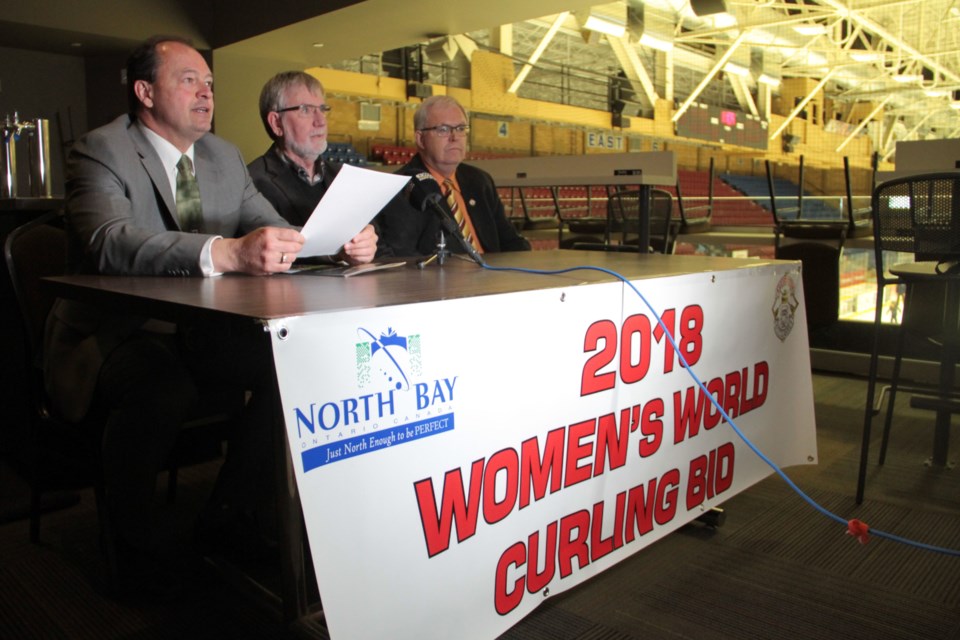 The City of North Bay announced back in March that it is behind a bid that could bring the Women’s World Curling Championships to North Bay in March of 2018.

The announcement came on the heels of the North Bay Granite Club hosting the Provincial Men’s Championships back in February.

While that event took place at the Granite Club, the world event will take place at Memorial Gardens.

Tickets are already on sale with deposits of $100 being accepted with the hopes of getting 1,500 packages sold by the end of June.

Those ticket packages, which will go for $400, will help the local organizers who will be submitting their full bid package in mid to late June.

Event Co-Chair Dave Bennett says there is competition out there, but he doesn’t know from where.

“We are very confident. Ticket sales are already going well and with this media launch we expect we will increase that substantially in the next few days,” noted Bennett.

Organizers also need to gather the support of about 400 event volunteers.

“As a world event we are going to be looking at all sorts organizations that will be able to help us, and we have no doubt we will find our 400 plus volunteers,” said Bennett.

“We know the people that we can go to that can get things done and then they can reach out to the community.”

“The statistics are incredible right, six million dollars spent in our local economy, just in a short period of time but even more important than that is the viewership right around the world,” noted McDonald.

Tickets can be purchased through the Memorial Gardens box office or at City Hall.

Bennett says that Curling Canada will inform the winning bidder by late August.

The 2016 World Curling Championship event was held in the community of Swift Current, Saskatchewan; a community of just over 15,000 in population, which houses a Major Junior Hockey team playing in the Western Hockey League.