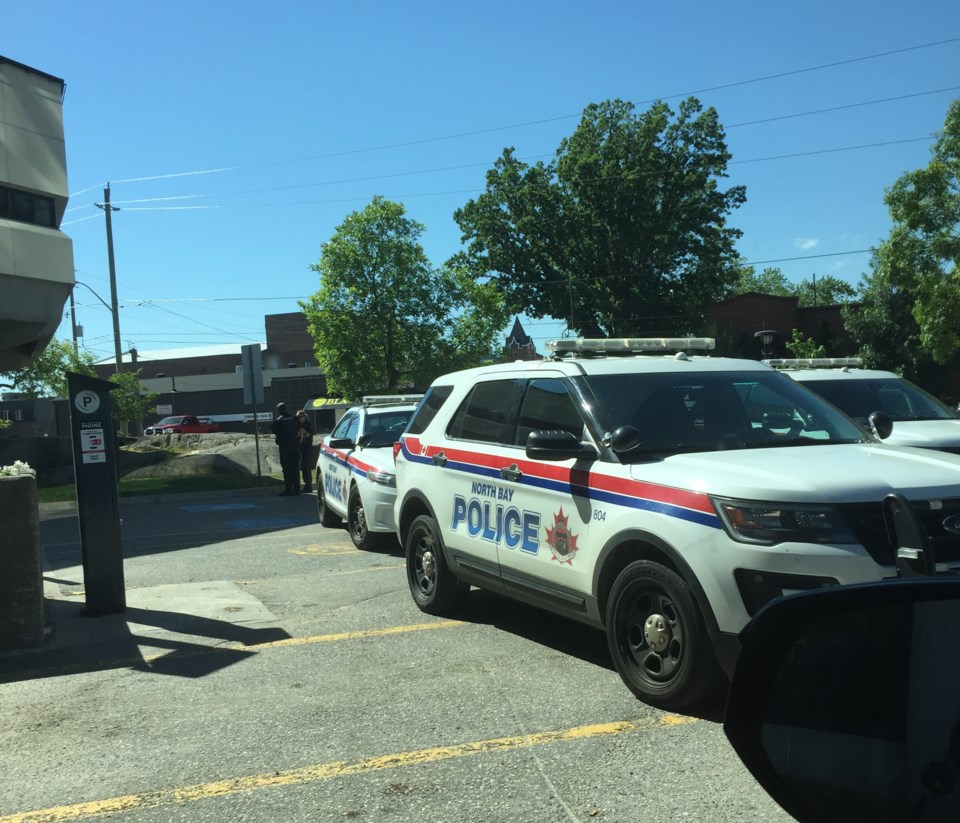 There was a heavy police presence in front of North Bay City Hall today.

Multiple Police cars and officers could be seen outside city hall after 4 p.m. today.

Witnesses say six police vehicles were in front of the downtown facility and at the time, employees inside could not get out.

"City Hall is on lockdown, will update when I have more details," stated Deputy Mayor Sheldon Forgette via Facebook late this afternoon.

Posters on the front doors of city hall read:

"City Hall is temporarily closed until further notice. Sorry for the Inconvenience."

However, councillor Mike Anthony reports that around 5:15 p.m. that employees were allowed to leave the premises.

"I am told that I will be allowed into the building for a meeting that is scheduled for 5:15 p.m.," stated Anthony via social media.

"My understanding is all are safe and most staff have left the building. Unsure if police are still on the scene or for how long," he continued.

Mayor Al McDonald confirmed to BayToday.ca that the lockdown took place for just under one hour.

"I was in the building at the time," stated McDonald.

Police and officials with the District of Nipissing Social Services department located at City Hall, stated in media releases that a threat was made directly to staff that was deemed serious enough to further action.

“The District of Nipissing Social Service Administration Board (DNSSAB) initiated in cooperation with the City of North Bay, a lockdown procedure to prevent access to the building, for the safety of the public and staff,” stated Joseph Bradbury, DNSSAB CAO.

A lock down was required due to a credible threat received from an individual claiming to be coming to city hall with an alleged gun.

Officials say the individual who made the threat is known to the community.