'In talking to Mike, he said he wasn’t so sure he was deserving of the award. It was a very odd phone call because he was so humble' City Councillor Marcus Tignanelli
0
Feb 26, 2020 9:00 AM By: Linda Holmes 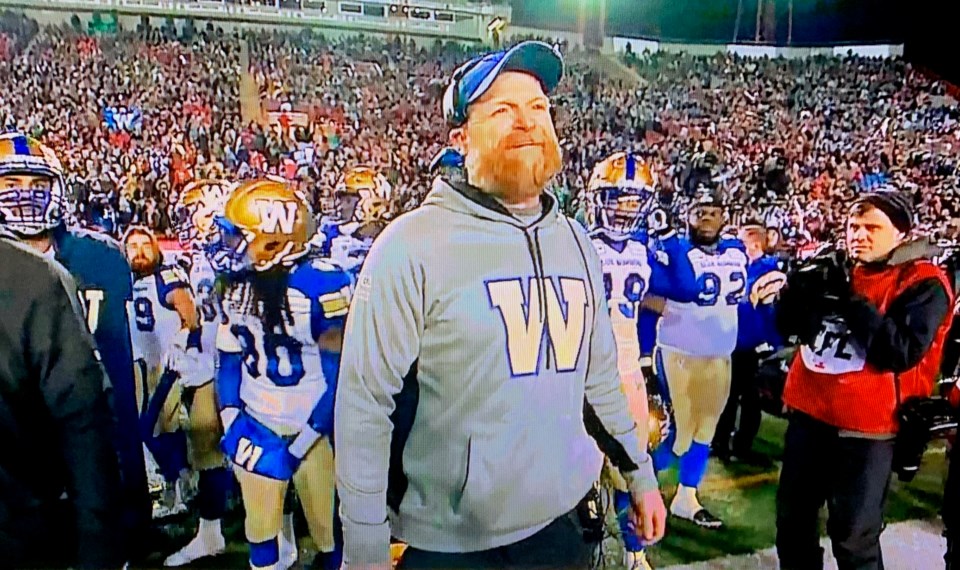 North Bay’s Mike O’Shea has garnered many accolades throughout his professional career, including Head Coach of the 2019 Grey Cup champion Winnipeg Blue Bombers of the Canadian Football League.

Now he can add the naming of a football field in his hometown to his growing list of honours.

“Mike O’Shea has been an icon in North Bay for the last 30 years. We always talk about the field and we say there’s all the sponsorship names on it, but I thought it was time that we put a name that people could actually look up to and inspire people. So often times kids are looking for leaders,” said Tignanelli.

Tignanelli says O’Shea has set positive examples as both player and coach.

“Seeing him as a coach in the CFL, it shows all the parent volunteers that are coaches, that they are not just coaching for no reason. Somebody from North Bay is now a professional football coach and if that is not inspiration, I’m not sure what is.”

O’Shea is said to be humbled by the recognition.

“In talking to Mike, he said he wasn’t so sure he was deserving of the award. It was a very odd phone call because he was so humble, he was like ‘Oh no, not me,’” Tignanelli said of the conversation.

“He is so very deserving to have a football field named after himself.”

The Widdifield Secondary school NDA Champion was a linebacker for 16 seasons in the CFL playing for the Hamilton Tiger-Cats and the Argos.

O’Shea is a three-time Grey Cup champion as a player with the Argo’s.

He retired second all-time in career tackles with 1,154 and was one of only three players to record over 1,000 tackles.

He would go on to spend three years as an assistant coach with the Toronto Argonauts and was there when they won the Grey Cup in 2012.