Crews hauled away more than double the amount of snow from City streets and sidewalks this season than they have in the past two years combined
Jun 11, 2019 5:00 PM By: BayToday Staff 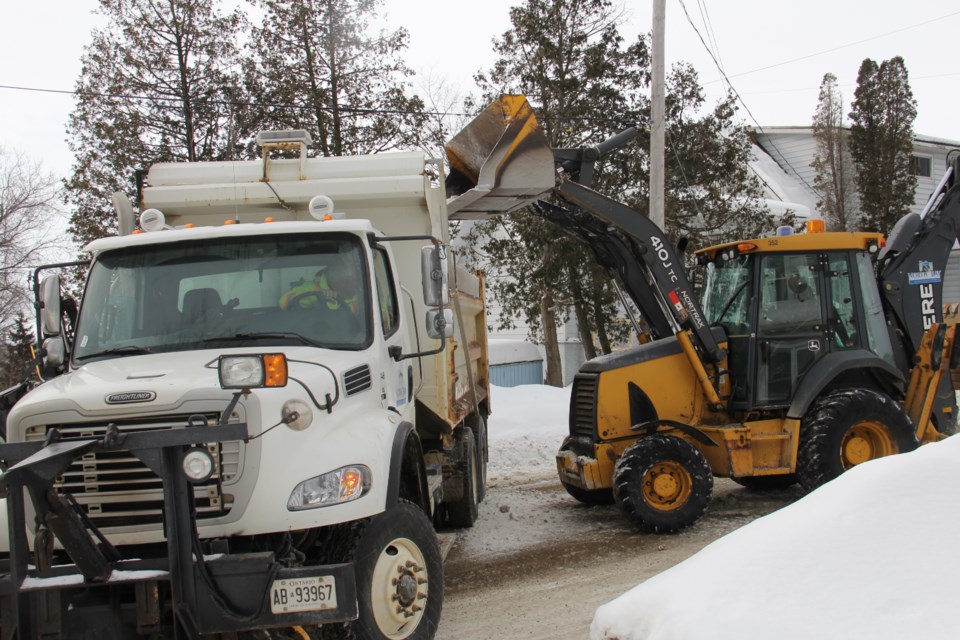 If you were tired of shoveling your driveway this winter, pity the city crews.

Crews hauled away more than double the amount of snow from City streets and sidewalks this season than they have in the past two years combined.

“It was a long and challenging winter, but residents and visitors were able to get around the City safely and effectively thanks to thorough planning,” said Coun. Chris Mayne, Chairman of Council’s Infrastructure and Operations Committee.

The increased workload has translated into a little more than $800,000 in added spending on winter maintenance so far this year compared to the same period last year; with actual costs projected to reach approximately $3.9 million by year-end. It is likely reserves totalling $750,000 will be fully depleted, as the overall winter maintenance budget for 2018-2019 is approximately $3.04 million.

The winter season would have been even more challenging had it not been for the newly re-structured Infrastructure and Operations business unit, which involved the amalgamation of Parks into Public Works, according to a City news release. The sharing of resources was much more efficient and allowed for greater leveraging of staff knowledge and effective practices, leading to innovations such as the implementation of an ongoing snow removal program in the downtown area.

“The Public Works department drew on experienced resources throughout Roads, Sewer and Water and Parks to handle the extraordinary challenge of this past winter,” said Nick Schiavone, the City’s Director of Public Works.