'The invisible injury is the most significant injury that our officers are probably facing today'
Jan 29, 2020 3:00 PM By: Chris Dawson 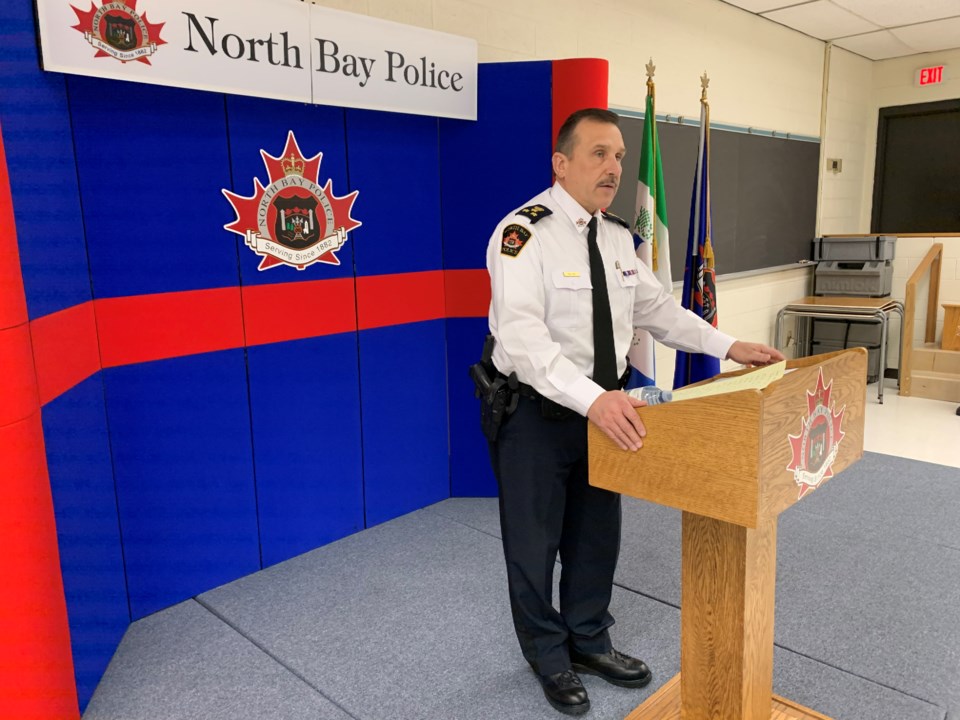 On a day like Bell Let's Talk Day, it is a good time to talk about mental health.

Scott Tod, North Bay's Police Chief, is aware of the mental health concerns, which has become a very big issue for all police services.

"I think it is the largest challenge that police officers in Ontario and across Canada today is mental health, both from an occupational standpoint in regards to police officers dealing with traumatic incidents," said Tod.

"The literature that I have read and the people I have spoken to say an average police officer will experience 600 to 1,000 times more traumatic events than people who are not police officers. I think that goes across a lot of the emergency services areas."

"We receive more awareness about how important it is and how we deal with people," he said.

"Even with myself, I am challenged to modernize my thinking and change the way we have policies and practices on how we deal with people at work and the mental health aspect at work.

"But our officers out in the field who are managing the occurrences, North Bay is a very busy city in regards to our police response and we are a very busy city in regards to the number of occurrences our officers deal with and what I hear from the officers on the front line is, in addition to the workload, the second is the number of incidences and occurrences that they deal with that do not have what they think are successful outcomes."

Tod says that's a challenge when it comes to dealing with clients who have mental health or anti-social disorder issues.

"They require treatment in our society and our officers are often seen as the first responders to those incidents where we try to have people access mental health services," said Tod.

"So they find it frustrating that often times it is just a revolving door. They are dealing with the same individuals over and over again with no positive outcomes. That wears strongly on our people."

Tod says they are working on making it better for officers including the creation of a Peer Support Program as well as creating a Wellness Officer position with the service.

"I think it is very important to have a wellness officer at work and dealing with people at or away from work who require help from our service in becoming healthier," said Tod.

"We hope that will help some of those who are struggling."

Tod is glad that the stigma around mental health and policing is changing.

"It used to be a grin and bear it attitude in policing in regards to officers who did not have a visible injury and those invisible injuries were often seen as not significant," he said.

"Now we know the opposite is true. The invisible injury is the most significant injury that our officers are probably facing today."

Reminder, all hunters must wear solid hunter orange clothing
Oct 25, 2020 9:30 PM
Comments
We welcome your feedback and encourage you to share your thoughts. We ask that you be respectful of others and their points of view, refrain from personal attacks and stay on topic. To learn about our commenting policies and how we moderate, please read our Community Guidelines.