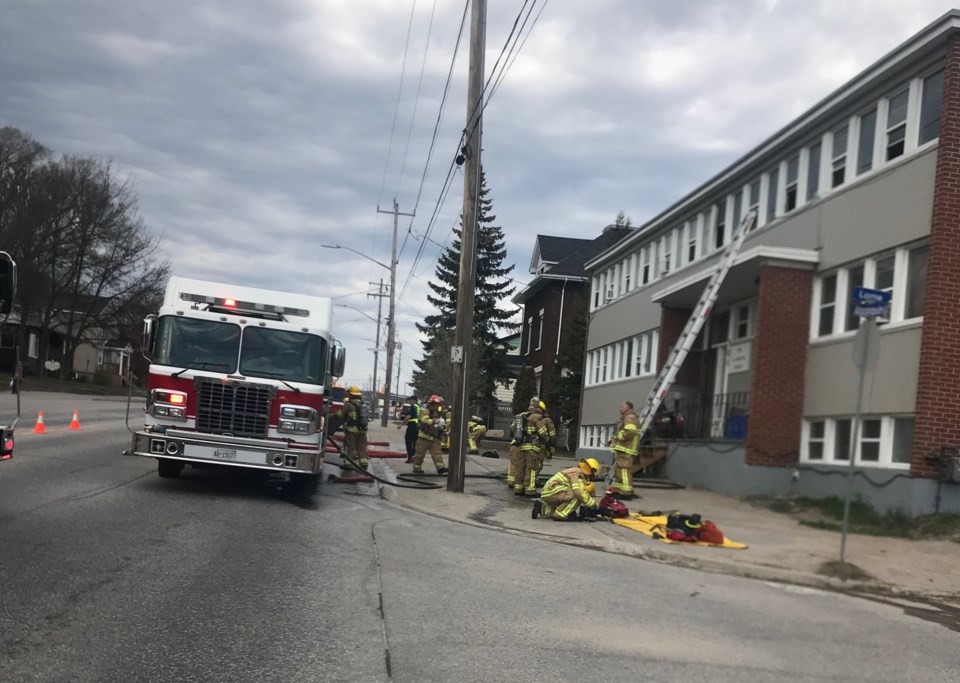 Firefighters are at the scene of an apartment fire on Algonquin Ave. Photo courtesy Mike Oakes.

At just after 3 p.m. today fire crews from all three stations responded to a structure fire at 904 Algonquin.

The building is a three-story multi-residential building owned by the Nipissing Mental Health Housing and Support Services.

"The fire began in the kitchen of a unit on the third floor," says Deputy Fire Chief Greg Saunders. "The tenant of the fire unit was taken to hospital by ambulance.  Properly maintained fire alarm systems provided early warning to the tenants of the apartment building of the danger posed by the fire. All other tenants were able to safely evacuate."

"Fire crews entered the apartment and very quickly and effectively suppressed the fire, containing the damage to just the unit of origin. Fire crews did a search of all of the units of the apartment, all residents have been accounted for. Careless smoking is believed to be the cause of the fire."

Careless smoking is a leading cause of fires and fire fatalities in Ontario.

If you are heading up Algonquin Ave. be aware that fire crews have blocked the northbound lane to fight an apartment fire.

Not much information so far, but crews were called out around 3:10 p.m. Police are also on the scene.