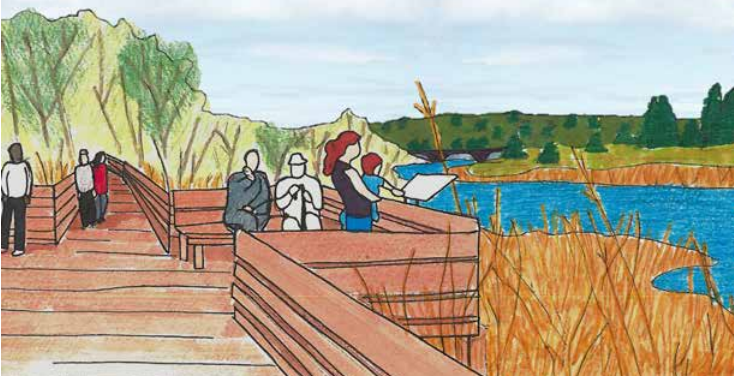 Bonfield’s plan to revitalize the waterfront is alive and well as the township’s council has dedicated funds for the project.

The township has earmarked $110,107 for the development. However, the money will only be used if grants are received from the federal government

Currently, the township has received a grant from the NOHFC’s community enhancement program, and an application is pending for the Canada community revitalization fund, issued by FedNor.

See: Bonfield to develop its waterfront

“Overall, there’s a million dollars worth of grants” the township has applied for, explained Bonfield’s mayor, Randy McLaren, during a July 13 council meeting.

“This is the upset limit” the township would be liable for, explained chief administrative officer, Peter Johnston, noting that these earmarked funds satisfy the percentage requirements the township must contribute to receive the grant.

“We’re still working on getting final approval on the grant,” from FedNor, Johnston said.

“But once all the grants are approved,” he added, the tendering process for the project will begin. However, the work to be tendered “is still in the purview of council.”

“I don’t want you to think that you’re committing us to a project in excess of a million dollars,” Johnston explained, reiterating that once grants are secured, council will decide the scope of the improvements.

The waterfront plan was completed in June 2018 and involves improvements to the Kaibuskong River waterfront from Maple Road to Sunnyside Road.

The area on Lake Nosbonsing from Church Street to Sunnyside Road is also slated for improvement.

These improvements could include a boardwalk, walking paths, additional benches and improved public washrooms, a gazebo for events, a splash pad, and investment in geese deterrents.