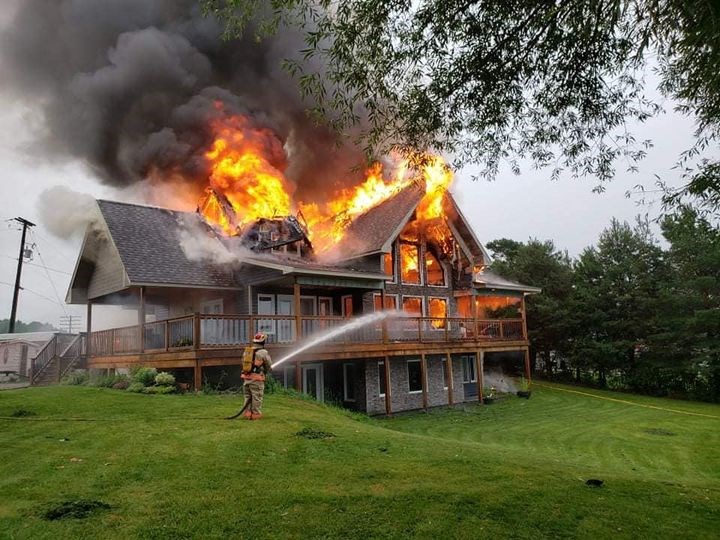 On Monday night a family home in Bonfield was ravished by flames. The Lamarche family is safe, as is their dog, with no injuries reported.

“It’s possible” the blaze was ignited by a lightning strike, explained Bonfield’s fire chief, Gilles Lebel. “It’s not definite yet, but it’s possible.”

Discovering the cause of a fire can usually take a couple of weeks, he added, although from his experience, he is almost certain lightning will be deemed the cause.

“We do our own investigation,” he said, “and then the insurance company will investigate” as well.

He was not able to provide an estimate for the damage.

The East Ferris fire department was also on site to lend a hand, fighting the fire until about ten-thirty.

“We were there all night, until three in the morning” fighting the fire, Chief Lebel said. “And then we had to come back because it re-ignited” later that morning.

“We were there for another four or five hours.”

The rain that night “didn’t help at all,” he said. “It was a hot fire,” and difficult to extinguish.

This was the first house fire of the year in the area, and the chief hopes it will be the last.