'It's to have visibility between cyclists and drivers so they learn to drive and cycle in sync with each other and respect each other on the road'
Jun 29, 2020 4:00 PM By: BayToday Staff 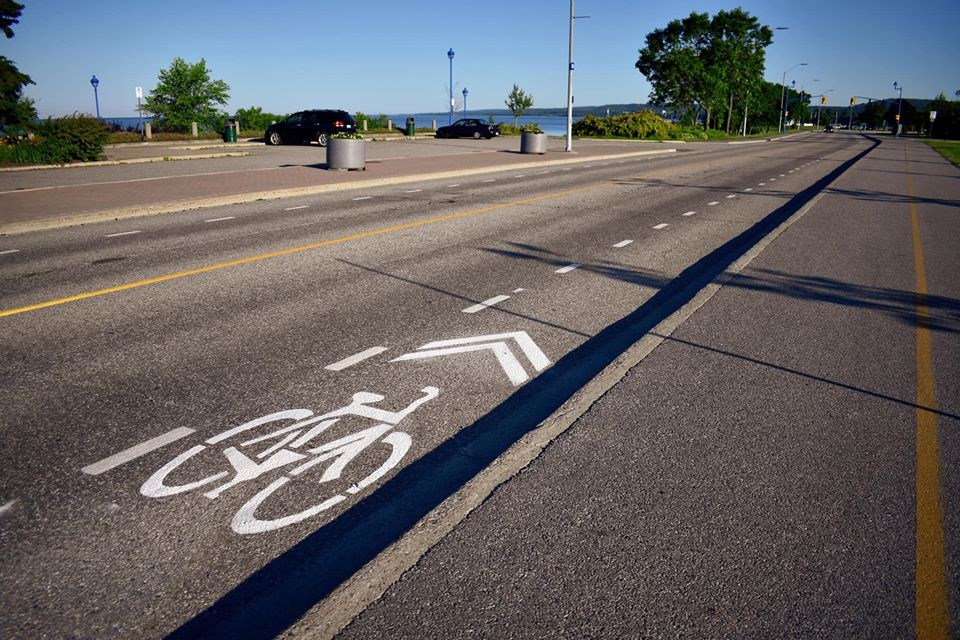 You can expect to see more bike lanes in the city by the end of the summer.

He says that's the plan after the lanes were added to Memorial Drive earlier this month.

New signage is being posted and shared lane pavement markings are being painted today and Tuesday.

"It's to have visibility between cyclists and drivers so they learn to drive and cycle in sync with each other and respect each other on the road," Tignanelli told CKAT about this pilot project.

Tignanelli says specifics will be announced after the tender process, but it involves major arterial roads. He estimates cyclists will see about 20 more kilometres of bike lanes added as part of the summer process.

He hopes both motorists and cyclists pay attention to this pilot project.  That's because he says there has been some confusion with the Kate Pace Way and the new lanes along Memorial Drive.

Tignanelli says the Kate Pace Way is a multi-use rec trail for speeds under 20 km/h while the bike advisory lanes are for active transportation from point A to point b.

"I think once people start understanding that and seeing it being used in the designated purposes behind that, we'll come a long way with bike lanes in the city," he says.

Tignanelli, a bike enthusiast himself, says he biked the new lanes on Memorial Drive last week, then decided to continue biking on Lakeshore, which doesn't have the lanes.

He says a vehicle tried to push him up onto the curb and laid on the horn near Marshall Avenue, then turned off about 50 metres away. He then approached the driver to let them know about the law and sharing the road.

"This person didn't take too well to it and essentially escalated the situation from an education to a fight," he told CKAT.

"The police were involved and I think it goes to say that here in North Bay we're not going to tolerate dangerous driving towards cyclists, pedestrians or other vehicles.  We have to put an end to it.  Safe roads are a benefit to everyone and if we put an end to it we'll have a much more livable community," he says.

The city of North Bay has noted that  ‘Share the Road Signs’ will be installed every 400 metres along the roadway, while sharrows – two chevrons above a bicycle symbol – will be painted on the pavement.

The work is expected to be completed Tuesday.

With files from Richard Coffin/CKAT