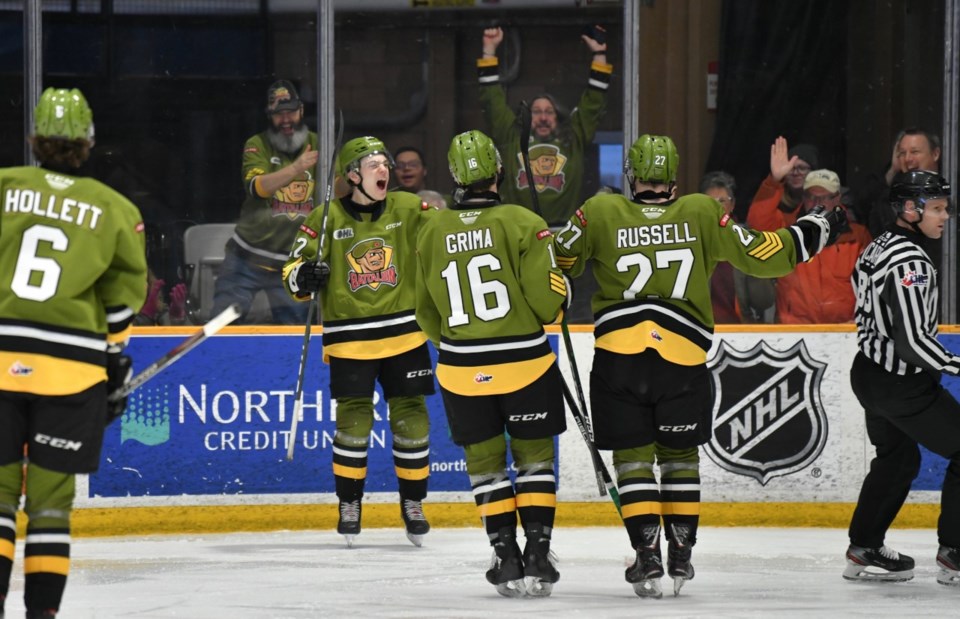 The North Bay Battalion will be selecting in the eleventh spot in the 2021 OHL Priority Selection in early June.

The Troops got the news tonight during the first-ever draft lottery live on the Ontario Hockey League YouTube Channel which aired at 7 p.m.

"It was a nerve-wracking process but we are happy with our position," Adam Dennis, Battalion GM, told BayToday shortly after the announcement.

"We have put in the work and look forward to the Priority Selection."

It is the first time in Battalion history that the team will choose in the 11th position.

See related: Can the Battalion win the OHL Lottery tonight?

Because of trades, the Battalion holds 20 picks. The club, which has its own selection in every round except the fifth, owns Sarnia Sting’s second-round choice, Oshawa’s third-, fourth- and sixth-round picks, the Kitchener Rangers’ 10th-rounder and the Kingston Frontenacs’ 12th-rounder.

The order of selection was determined by a computerized random number generator lottery process to be overseen by legal representative Robert Bayne of Filion Wakely Thorup Angeletti LLP.

Unlike past years, the 2021 Priority Selection will see member teams select in a serpentine arrangement, with the order of selection in the first round being reversed to begin Round 2 and alternating each round thereafter.

The 2021 OHL Priority Selection will largely see the top-ranked players born in 2005 within OHL jurisdiction eligible to be selected on June 4-5.