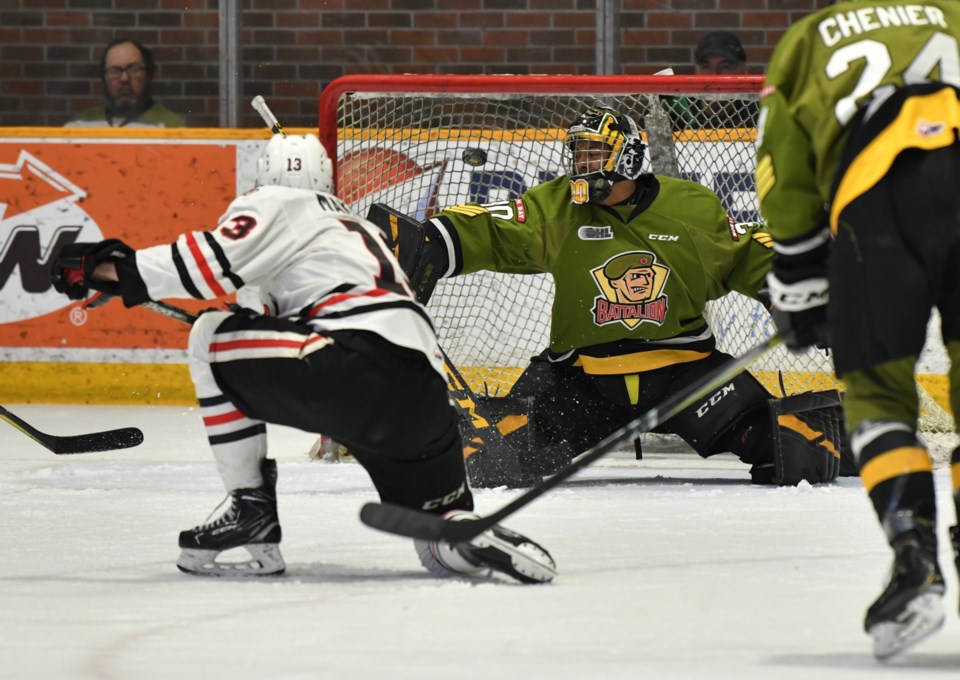 It's official, the North Bay Battalion will have two rookie goaltenders to start the season.

For Purboo, 19, the Battalion acquired as many as four OHL Priority Selection picks from 2020 to 2022.

“We had three goalies and we had to move one,” said Stan Butler, director of hockey operations and head coach in a Battalion release.

“We feel it’s a very good opportunity for Christian and we wish him the best.”

“Christian is a big and very athletic goalie with a high compete level and comes to Sudbury adding the experience of playing in the OHL,” said Sudbury Wolves VP Hockey Operations and General Manager Rob Papineau in a Wolves release.

“He had a solid season with some outstanding runs last year for North Bay as well as an excellent start to the current season. We are very excited to have him join us and help our team have success this season.”

The trade leaves Joe Vrbetic and Christian Cicigoi, each entering his first OHL season, as the goaltenders among 25 on North Bay’s roster.

Purboo, a resident of Oakville, Ont., was an 11th-round pick in the 2016 OHL Priority Selection from the Mississauga Rebels minor midgets.

Earlier this summer, overager Christian Propp was traded to the Sault Ste. Marie Greyhounds for a conditional 15th-round pick in 2022.

Vrbetic, who turns 17 on Oct. 24, saw action in one game with the Battalion in relief last season, when he was a teammate of Cicigoi with the junior A Powassan Voodoos of the Northern Ontario Junior Hockey League. In 30 appearances with Powassan, Vrbetic went 14-9-2 with a 2.80 GAA, a .928 save percentage and one shutout.

Vrbetic, from Dunvegan, Ont., was a second-round pick in the 2018 OHL Priority Selection from the Don Mills Flyers minor midgets, while Cicigoi was a 2017 sixth-rounder from the Thunder Bay Kings under-16s.

The Battalion lost all three games it played at the Preseason Showcase at Kitchener last weekend, with each of Purboo, Vrbetic and Cicigoi playing one game.

North Bay completes its exhibition schedule with a home-and-home series with Owen Sound, visiting the Attack at 2 p.m. Saturday, Sept. 14, and playing host to the same club the next day.

The Battalion opens its regular-season schedule at home at 7 p.m. Friday, Sept. 20, against the Barrie Colts.